The Minecraft 1.18 update will bring quite a few new biomes to the mountains and caves. Fans are excited for the update since most of them have become bored of the same old caves.

The caves will receive not one, but two new biomes, and the mountains will generate six new biomes in the 1.18 update. To ensure Minecraft is stable before release, the developers released quite a few snapshots, eight pre-releases, and four release candidates. 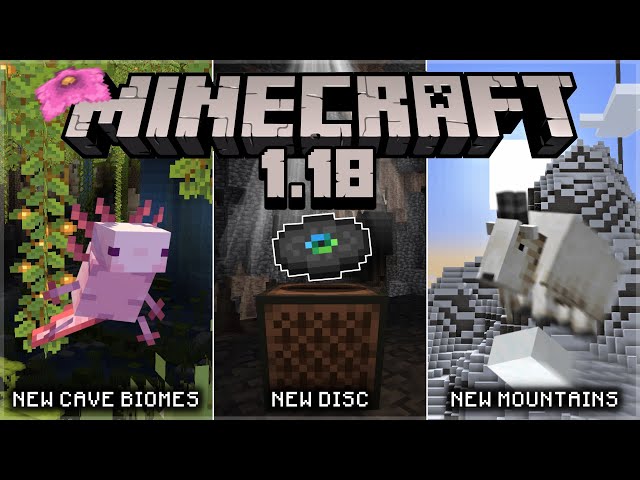 Both the Bedrock and Java editions of Minecraft will together be released today. Android users can update their game to the latest version from the Google Play Store.

Here’s the list of devices and gaming consoles confirmed to receive the Minecraft 1.18 update today:

Lush caves and dripstone caves are the two new cave biomes in Minecraft 1.18. The former is a lively cave biome with glow berries growing on cave vines and naturally spawned axolotls.

Dripstone caves look like one of the scariest places in the Overworld with many hostile mobs. As can be guessed, this cave biome is full of dripstone and pointed dripstone blocks.

I tested #Minecraft 1.18 generation with shaders thanks to Optifine pre-release! I’m blown away 🖤

I tested #Minecraft 1.18 generation with shaders thanks to Optifine pre-release! I’m blown away 🖤 https://t.co/uFFz0OpZOw

The mountains are also receiving six new biomes. Here’s a list of all of them:

Last year, three new music tracks were added with the Minecraft 1.16 update. This year, eight more are being introduced that players will get to hear on the main menu screen and while playing in the world (survival mode only).

“Otherside” is a new music disc that is also being added. It will generate in the chests of dungeons and strongholds.

Four new advancements are being added to Minecraft’s 1.18 Java Edition. This was a surprise for most players, as the first part of the Caves & Cliffs update had already introduced eleven new advancements.

Readers can learn how to unlock all the new advancements from here.