The KFC Glider in Genshin Impact is one of the most controversial items in the game’s history. It was initially introduced in China through a collaboration with KFC (which is why it is called the KFC Glider) and is currently available to players from other regions.

Users can obtain the Wings of Feasting Glider through the ongoing Adventurers’ Guild on Twitch event.

The Adventurers’ Guild on Twitch is a unique Genshin Impact event where the game has collaborated with Twitch to promote and support content creators.

Participants will need to log into their Twitch accounts and purchase two months of eligible Tier 1 subscription to a channel. miHoYo has selected several eligible creators for the event, and the list was provided in a recent HoYoLAB post. 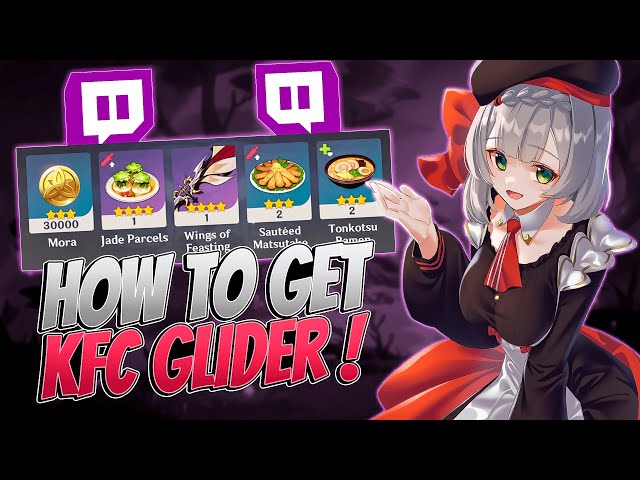 After successfully purchasing the two-month Tier 1 subscription, players will get a redeem code for the following items:

Users can visit Settings > Account > Redeem Code in Genshin Impact and use the redemption code to get the rewards.

It is worth noting that only travelers at Adventure Rank 10 or above can take part in the Twitch event and get the KFC Glider.

Most importantly, gamers should only buy the subscription when the desired creator is actively streaming under the ‘Genshin Impact’ category, with the ‘Wings of Feasting’ tag.

The Wings of Feasting Glider were also available through redemption codes in China, but they were being distributed in KFC outlets. Fans could buy food and get a code as an additional reward.

Hence, players in other world regions have been complaining that miHoYo is asking them to subscribe to creators they don’t even recognize for a cosmetic item. 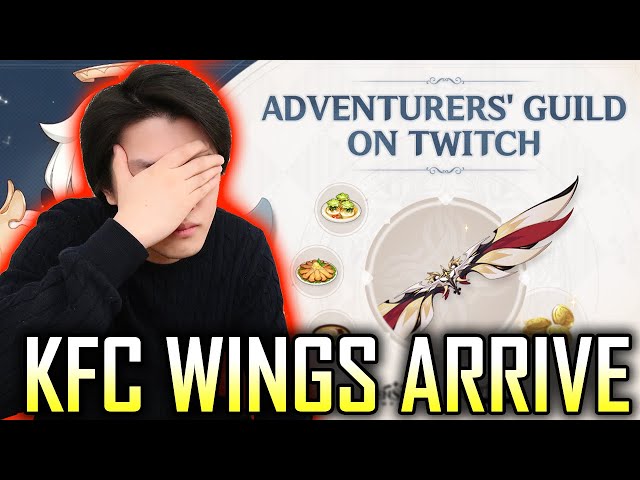 Regardless, amidst all the drama and controversies, the KFC Glider is finally available in Genshin Impact. The Twitch event ends on December 8, 23.59 (UTC+8).