Shaquille O’Neal has had an eminent career in the NBA. He was the first pick of the 1992 NBA draft, selected by the Orlando Magic. Ever since, the four-time NBA champion has dominated the league with his physicality. Shaquille O’Neal has played for six teams in the league, including one-year stints with the Cleveland Cavaliers and the Boston Celtics.

Shaquille O’Neal was a strong and difficult to mark center in the paint. With his sheer strength, it was easy for him to reach the frame and dunk the ball into the ring. O’Neal has put up some monstrous dunks throughout his career, breaking and in-turn testing the standards of the backboard many times. Let’s now take a look at some of his most impressive dunks.

For the fourth time in four seasons, Shaquille O’Neal was named an NBA All-Star. The 1996 All-Star weekend was conducted in San Antonio and the 23-year-old O’Neal was part of the Eastern Conference team. Coached by Phil Jackson, the East won the game 129-118. Shaq led the team in scoring and rebounds with 25 and 10 respectively. 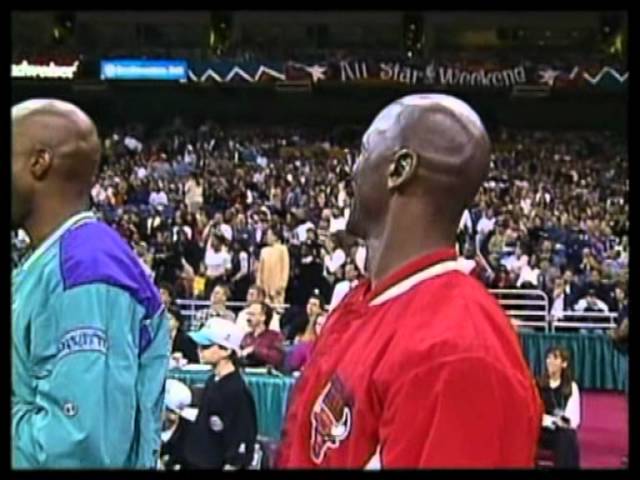 On a fast-break play, Shaquille O’Neal sprinted down along with Grant Hill of the Detroit Pistons. Hill assisted Shaquille O’Neal with a poster dunk on home-town boy David Robinson. It was a monster dunk, acknowledged by Michael Jordan, who looked on from the bench.

In the 1997-98 season, Shaquille O’Neal and the Lakers had a strong start to the season. With a five-game winning streak, they went on to face the San Antonio Spurs. Shaquille O’Neal led the team to a 109-100 win. He scored 34 points and grabbed 15 rebounds in a closely fought battle.

Shaq on beef with David Robinson: “It was all made up.”

“When I came down to San Antonio and the fans start booing me – ‘Oh you’re booing me in my hometown?’
And then it was like a hatred thing for David & the Spurs.”

– Via Scoop B Radio

Shaq on beef with David Robinson: “It was all made up.”“When I came down to San Antonio and the fans start booing me – ‘Oh you’re booing me in my hometown?’And then it was like a hatred thing for David & the Spurs.” – Via Scoop B Radio https://t.co/DUkQDdDirz

During the game, Shaquille O’Neal had a monstrous play where he received the ball near the paint. O’Neal posted up and spun before he dunked the ball, flooring David Robinson, who was himself one of the most dominant centers in the league. That was some elite footwork by the 300-pound center, Shaquille O’Neal.

#3 Put-back dunk vs. the Phoenix Suns

As a rookie, Shaquille O’Neal did not need a lot of time to settle in. On the 7th of February in 1993, the Orlando Magic were up against Charles Barkley’s Phoenix Suns. Shaquille O’Neal put up 20 points in the 121-105 loss and fouled out of the game with over 3 minutes left in regulation time. 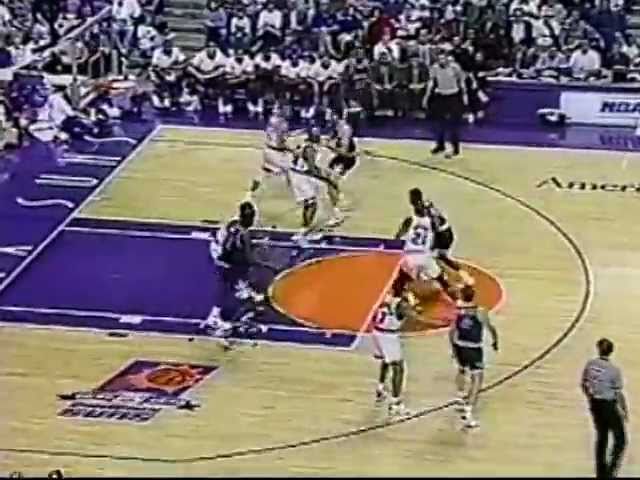 Despite the loss, Shaquille O’Neal will never forget this fixture. In the first quarter, the rookie O’Neal grabbed a missed shot and threw it down hard. Shaquille O’Neal was running back down to the other end to defend when he realized that his dunk had caused some damage to the backboard. As a result of him hanging on the rim for a few seconds, the support systems holding up the backboard were destroyed. The collapsible structure went into its folded state after Shaq let go and a repair team had to be brought out. The game was delayed for almost 35 minutes.