By Sam McPhee and Charlie Moore For Daily Mail Australia

A Federal Labor MP cried out ‘get a room’ at departing Health Minister Greg Hunt after he and a female politician traded glowing compliments in Parliament.

‘I want to thank the best member for Chisholm,’ a grinning Mr Hunt replied, before another politician – believed to be a Labor MP – interrupted.

‘Get a room,’ the unidentified MP cried out, drawing laughter from his side of the aisle. 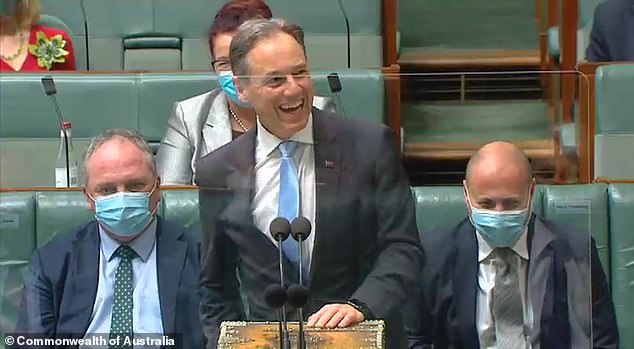 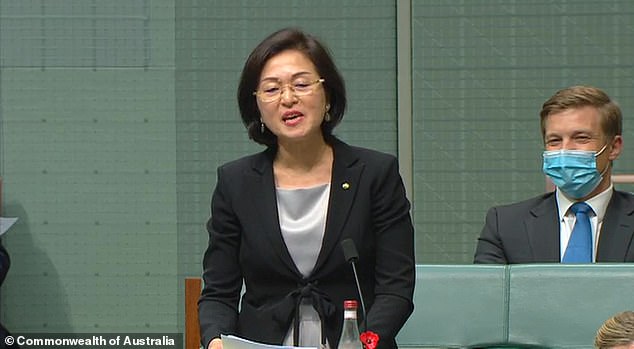 ‘My question is to the best minister for health and aged care,’ Ms Liu said, as the parliament exploded with laughter

Ms Liu’s smile faded only slightly at the childish comment.

She had asked Mr Hunt to explain how nurses and doctors have worked tirelessly to protect Australians through the pandemic.

Mr Hunt ignored the jibe and thanked Ms Liu’s role for helping push the vaccine rollout in her Melbourne electorate.

Hours later, Mr Hunt announced he would not recontest his marginal seat of Finders at next year’s election because his children told him it’s time to ‘come home’.

The 56-year-old has spent weeks away from his family over the past two years as Health Minister during the Covid-19 pandemic.

In his speech to Parliament, Mr Hunt thanked his wife Paula and children James and Poppy for supporting him and revealed what they told him to persuade him to step down.

‘On Sunday, they looked at me, and they said: ”Dad this is your last chance to be a proper dad. And it’s time to come home, Dad”,’ Mr Hunt said.

‘So, Mr Speaker, earlier today, I spoke with the Prime Minister and my electorate chairman and I informed them I would not be contesting the next election.’ 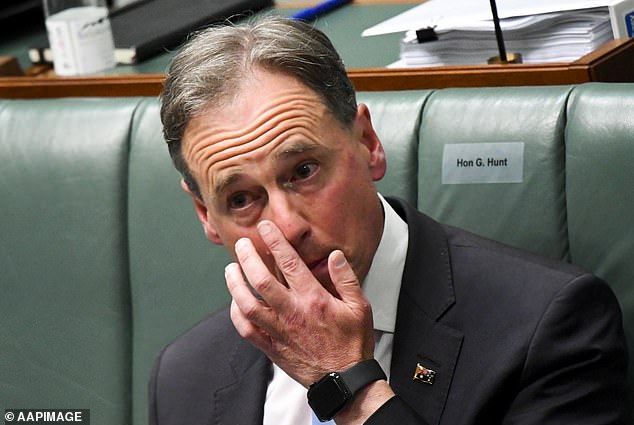 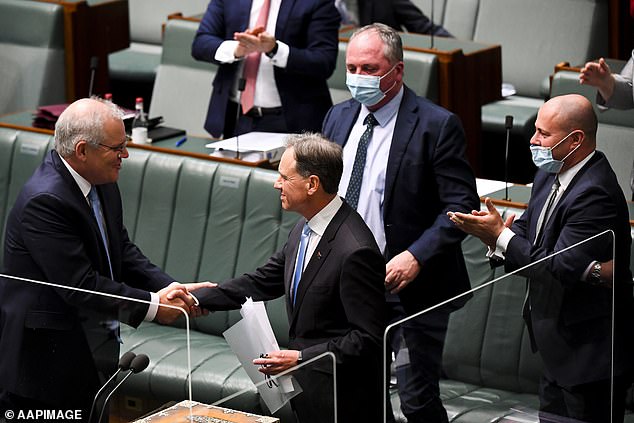 Treasurer Josh Frydenberg on Wednesday paid tribute to his ‘friend’ and fellow Victorian.

‘We are very dear friends and he has been an outstanding Health Minister through this crisis.

‘The fact that Australia has one of the lowest mortality rates in the world and the fact that we have one of the highest vaccination rates in the world is in due to no small part to the incredible work that all health professionals have done across Australia, and Greg as the Health Minister on this once in a century pandemic has been outstanding,’ Mr Frydenberg said.

Mr Hunt will remain Health Minister until the election which is due by May 2022.

He holds Flinders on a margin of 5.64 per cent.