Kevin Lee has opened up on his UFC departure and criticized the promotion for what he believes is a “lack of respect”. On November 30th, the MMA community was set abuzz regarding ‘The Motown Phenom’ being cut from the UFC following seven years of employment.

During an appearance on The MMA Hour with Ariel Helwani, Kevin Lee shed light upon his UFC release, among other topics. Addressing when and how he found out about his release, Lee stated:

“Yesterday morning, through email. That was kind of the worst part about it; didn’t really have the proper notice or even get a phone call about it.” Lee also highlighted who he received the email from, “From Tracy, who sends out all the bout agreements. So, it wasn’t even from [UFC matchmaker] Sean [Shelby], or Hunter [Campbell], or Dana [White], or any of these guys. And honestly, that’s what p***es me off the most is the lack of respect.”

When asked if he’s heard anything from the UFC following his termination, Kevin Lee said:

“I heard from [UFC Chief Business Officer] Hunter [Campbell]. He kind of fed me some bullsh**, but not from nobody else.” Opening up on what his reaction was on getting that email, Lee explained, “First, I was shocked a little bit. I didn’t really understand what was going on. But then, once I talked with my manager, talked with my agent, it kind of made sure that it was official; I hopped on the phone with a bunch of other people. And yeah, p***ed is; p***ed, a little bit embarrassed. And it really doesn’t make much sense to me.”

Watch Kevin Lee’s conversation with Ariel Helwani in the video below: 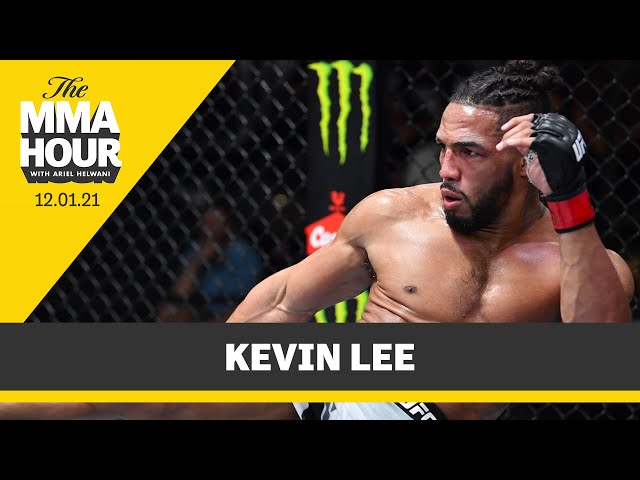 Kevin Lee and Ariel Helwani addressed the CAA vs. Endeavor talent agency rivalry and its possible role in his UFC release

Kevin Lee opined that although he was surprised by the email informing him of his UFC release, he did have an odd feeling about his standing with the company after his most recent fight.

‘The Motown Phenom’ recalled that Dana White was speaking “bad” about him after he lost the aforementioned fight vs. Daniel Rodriguez. Kevin Lee added that politics are likely more to blame for his UFC departure than his recent losses.

Ariel Helwani chimed in with his take and highlighted that Kevin Lee’s relationship with CAA (Creative Artists Agency) might have had something to do with his UFC release. Helwani noted that both Francis Ngannou and Lee are represented by Marquel Martin of CAA. Ngannou, too, has been at odds with UFC management as of late.

Ariel Helwani pointed out that the UFC is owned by Endeavor, adding that Endeavor and CAA are two of the biggest talent agencies in the world.

All #UFCVegas35 results and highlights ⤵️:

Helwani insinuated that since it wouldn’t be a good look for the organization to cut the reigning heavyweight champion, they cut Kevin Lee to spite their rival talent agency. Lee, on his part, alluded this could be true, but noted he can’t confirm the speculation’s validity.

The 29-year-old also admitted he’s been advised not to burn bridges with the UFC. Kevin Lee emphasized, however, that he wouldn’t work for a company that doesn’t respect him.

It was subsequently revealed that Lee tested positive for Adderall after his April UFC Fight Night loss.

Resultantly, Kevin Lee was handed a six-month suspension and will be eligible to return to professional MMA competition on February 28th, 2022. Lee addressed his suspension and noted that he’d used Adderall to treat the ADHD that he’d recently been diagnosed with. Fans can expect details regarding which promotion Lee will next compete with to unravel in the days to come.