Police have ended their search for the bodies of missing campers Carol Clay and Russell Hill after finding human remains earlier this week.

Investigators found the remains in bushland near Dargo in Victoria’s high country on Tuesday, after zeroing in on the crime scene on Sunday following 55-year-old Greg Lynn being charged with two counts of murder. 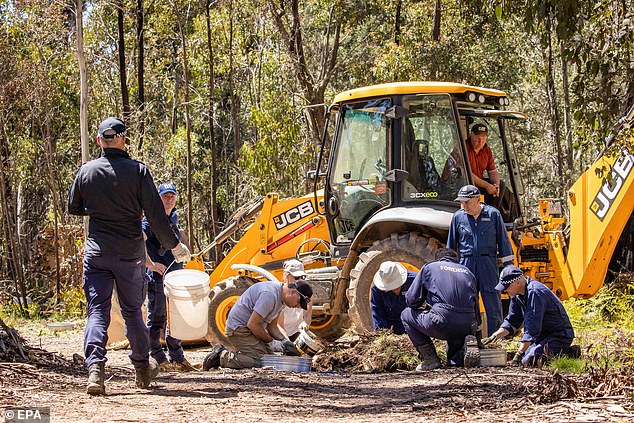 Police ended their search for the missing campers on Thursday after turning up human remains which have been sent for DNA testing.

An excavator dumped dirt on a blue tarp before forensic officers sifted through it, setting any potential bone fragments aside.

While the remains are yet to be formally identified, with results of DNA testing expected to take some time, Victoria Police confirmed on Thursday there was no need for a further search of the bushland north of Dargo. 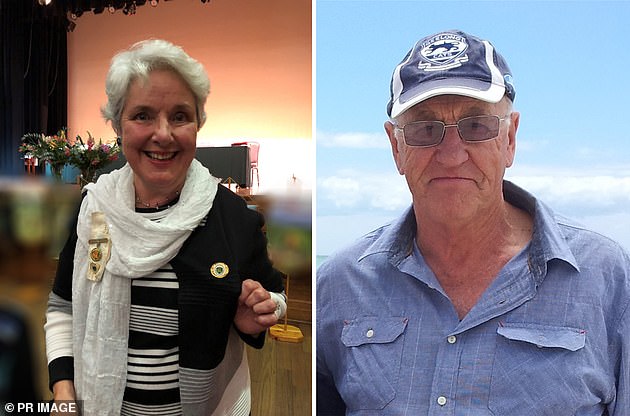 Missing campers Carol Clay (left) and Russell Hill (right). The pair have not been heard from since March 20, 2020 and the mystery over their fate has captivated Victorians.

The case has been one of the force’s most high profile in recent years.

Mr Hill and Ms Clay, who had been in an extra-marital relationship for years, were last heard from on March 20 last year when Mr Hill, an experienced outdoorsman, made a call via high-frequency radio saying he was at Wonnangatta Valley.

Keen camper and dad Gregory Lynn, 55, (pictured) has been charged with the couple’s murder

Mr Lynn, a former Jetstar pilot, was charged earlier this week with the murders of the campers and was remanded in custody.