Man, 24, is jailed for killing blind retiree and his guide dog before destroying dash cam footage of the fatal crash

A man has been jailed for striking and killing a blind retiree and his guide dog on a Victorian highway before lying about what happened and destroying his dash cam footage.

Following a sleepless night at a friend’s house, Billy-Jo Salter hit 63-year-old Ray Meadows and his guide dog, Gerry, on the Calder Highway at Wedderburn within minutes of getting behind the wheel in June 2019.

On Thursday, Salter, 24, faced the Victorian County Court, where he was sentenced to three years and nine months in prison.

‘Your driving not only brought to an abrupt and violent end to the lives of Mr Meadows and Gerry, it profoundly affected many others,’ Judge Rosemary Carlin said.

‘You knew you had been up all night and decided to drive anyway. It was highly irresponsible and risky behaviour – a total abdication of your responsibility as a driver.’ 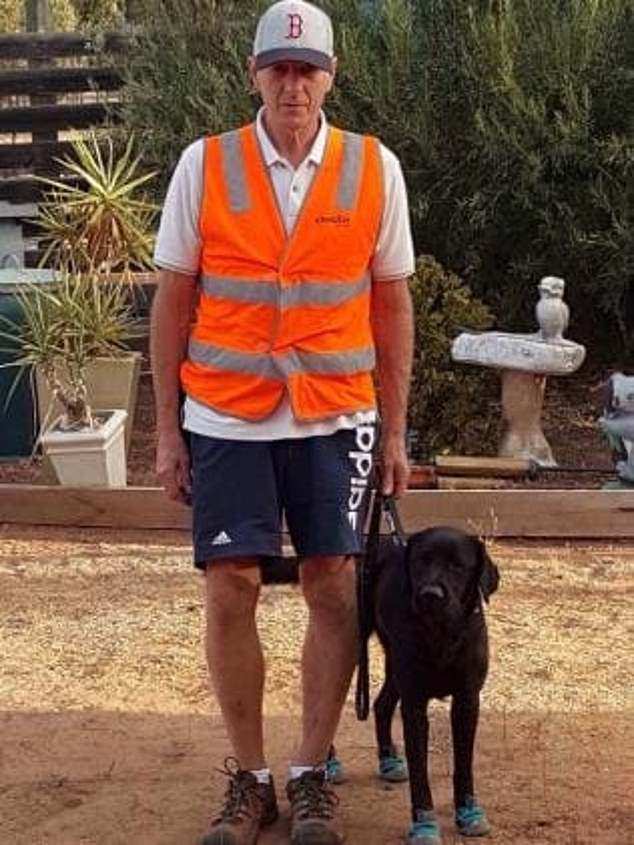 Ray Meadows, 63, and his guide dog Gerry (pictured) were killed after being struck by a car in June 2019 on a Victorian highway 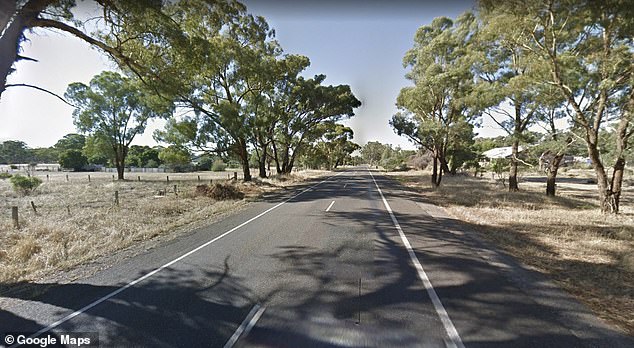 Billy-Jo Salter, who was driving, initially told police Mr Meadows and his guide dog ‘couldn’t be avoided’ on the Calder Highway at Wedderburn (pictured) in Victoria

Mr Meadows, who was legally blind, had been wearing a high-vis vest and flashing lights and was on his way to the gym when he was struck.

Salter flagged down a passing car, telling witnesses he thought he had killed someone.

Valma Meadows, having heard the crash, arrived at the scene. An air ambulance was called but her husband didn’t survive.

Salter returned negative results to alcohol and drug tests after the collision. But he didn’t tell police about his dash cam and later asked a friend to snap a memory card of the footage.

And while crash reconstruction confirmed Mr Meadows and Gerry were walking on the road’s shoulder, as they had trained to do safely, Salter told police they were on the road and could not be avoided.

Judge Carlin said Salter’s decision not to inform police about his dash cam was impulsive, but asking to have the footage destroyed days later was not.

This action delayed and impeded the police investigation, she said, as well as denying Mr Meadows’s family clarity.

‘The reason you collided with Mr Meadows and Gerry is known only to you,’ Judge Carlin told Salter.

‘You have refused to tell the truth and destroyed the only evidence… which might have shed light on the topic.

Mrs Meadows sold their property and moved to Melbourne after losing her husband.

‘I’m not saying I have hatred against you, but I’m saying I will never forgive you,’ she told Salter in an earlier hearing. 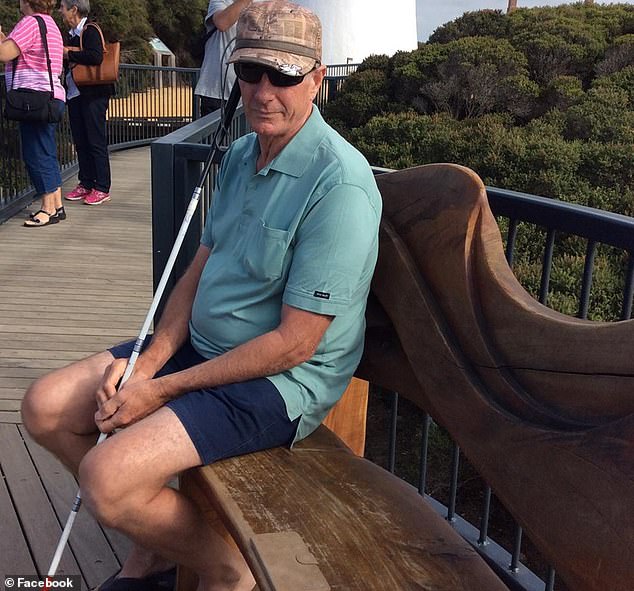 The fatal crash also made guide dog trainer Yoav Ortov question whether he had a role in the tragedy.

‘I’ve questioned my own decision-making and asked myself if I gave Ray the best advice for walking on that road with his seeing eye dog Gerry,’ he said in a statement.

Salter has been diagnosed with autism spectrum disorder and suffered an ‘unstable, abusive and chaotic’ upbringing.

But Judge Carlin said he had not demonstrated remorse for his actions.

He must serve at least two years and three months in prison before being eligible for parole.