Australia’s supply chain is at risk of collapsing next month as a shortage of a Chinese-made chemical stops diesel trucks from even starting.

Half of Australia’s long-haul truck fleet has a diesel engine and without sufficient supplies of the environmental additive urea, essential transport is likely to be grounded.

Diesel SUVs and utes would also be unable to move without the substance used to reduce the amount of pollutant nitric oxidex going into the atmosphere.

Scroll down for audio 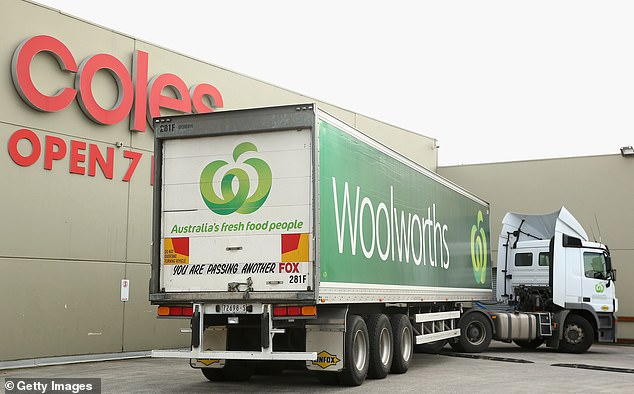 Australia’s supply chain is at risk of collapsing next month as a shortage of a Chinese-made chemical stops diesel trucks from even starting. Half of Australia’s long-haul truck fleet has a diesel engine and without sufficient supplies of the environmental additive urea, essential transport is likely to be grounded

Urea is commonly used as a fertiliser but a more refined version is added to diesel engines to reduce nitric oxidex exhaust fumes.

The product, injected into the exhaust system, is used in diesel cars along with civil construction and farming machinery.

China supplies 80 per cent of the Asia-Pacific region’s diesel-grade urea .

Australia’s top-selling vehicle the Ford Ranger is only available as a diesel.

China’s authorities have this year suspended the export of urea phosphate, which is mainly used as a fertiliser, to contain food prices.

Australia only has eight weeks’ of supply left but there are fears it could run out well below then, with China providing 80 per cent of supplies in the Asia-Pacific region.

Chemical manufacturer Incitec Pivot was Australia’s only urea maker but its Brisbane plant is closing in 2022 and Daily Mail Australia understands urea is no longer produced at Gibson Island as the factory is repurposed.

The situation is so bad the National Road Transport Association is holding crisis talks with Deputy Prime Minister Barnaby Joyce on Friday afternoon.

The group’s  Warren Clark said a urea shortage would have far-reaching implications for the economy.

‘Our industry isn’t the only one that will be affected, but we will be hit first and hardest,’ he said.

‘All late model trucks use the additive.

‘It’s been in trucks for the last 10 years, and pretty much mandatory on every heavy vehicle for the last five, so any truck that’s less than the five years’ old you would safely say won’t be able to run.’

China supplies more than 80 per cent of urea in the Asia-Pacific region and the Communist government’s export ban means Australia has only eight weeks’ of supply left.

Mr Thornley, a former president of the National Road Transport Association, said Australia’s supplies were likely to run out next month.

‘We’re told no supplies after the end of January,’ Mr Thornley said.

‘I’d like to think it can’t happen but we’ve got no visibility of supply beyond the end of January. We think it will run out before then.’

While urea is used as a fertiliser, the version used as a diesel exhaust fuel has to be further refined to be suitable.

The product sold in Australia, AdBlue, contains 32 per cent and 68 per cent de-ionised water and is injected into the exhaust system to reduce the amount of nitric oxidex entering the atmosphere.

Urea is connected with the engine management system of late-model diesel engines, which means motors won’t start without it in the system. 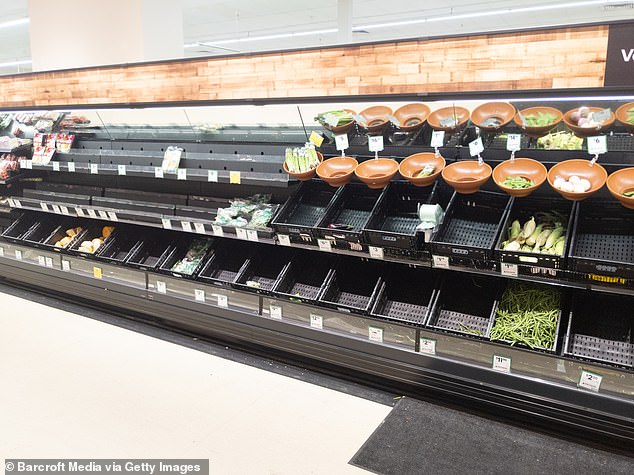 Engine damage is also likely to occur without urea being put into the exhaust system, usually by a mechanic during a vehicle service.

‘Turning it off is not really an option,’ Mr Thornley said.

Incitec Pivot Limited last month announced it would close its Gibson Island fertiliser plant in Brisbane by December 2022 and import the material.

‘Urea, sulphate of ammonia and other specialty products will be sourced from IPL’s existing international import supply chains to replace these manufactured products,’ it told the Australian Securities Exchange.

The global supply chain crisis is also hitting Australian car sales with a 15.3 per cent drop in November compared with a year earlier.

‘Demand across the sector remains strong with the drop in sales reflecting well recognised international supply chain issues,’ he said.

‘This includes constraints around microprocessor supplies as well as the ongoing impact of the pandemic restricting factories.’

The Ford Ranger was Australia’s bestseller for the third straight month even though the first all-new model in a decade is going on sale in mid-2022, with a global unveiling last week.