Pokerus, surprisingly, is a virus many trainers are going to want to contract in Pokemon Brilliant Diamond and Shining Pearl.

Many trainers know that leveling up is what makes a Pokemon stronger. What they might not notice, though, is exactly which stats are being increased when they level up. Believe it or not, trainers have some control over which stats grow, and they grow much faster with Pokerus. 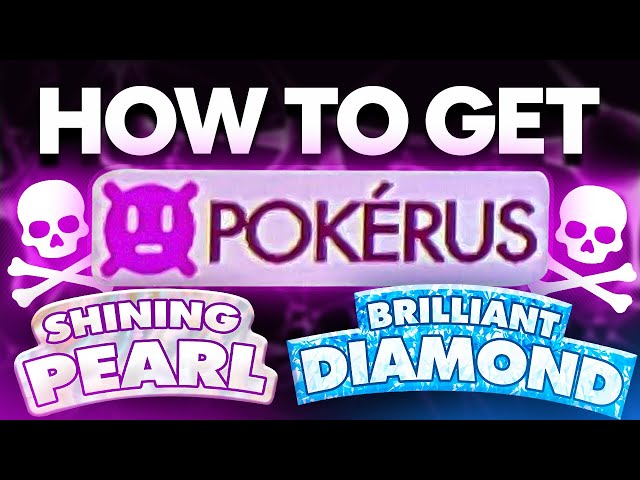 Unfortunately, catching Pokerus is completely luck-based. The chances of catching a Pokemon with Pokerus are 3 to 65,536.

The good news, though, is that once it’s contracted, it’s very easy to spread. When a Pokemon with Pokerus is in a trainer’s party, the rest of that party will be infected after a few battles.

Of course, searching for a Pokemon with a specific condition with 3 to 65,536 odds is rather tedious. To save trainers the trouble, though, they can simply trade for Pokemon with Pokerus.

There are many online communities, through Discord, Reddit, or other means, where trainers trade their Pokemon with Pokerus away. This way, more trainers can get the virus and spread it to their teammates.

What is Pokerus and why is it great to contract?

In short, Pokerus helps a Pokemon grow faster. To fully understand why Pokerus is so great, though, trainers will need to know how stats grow.

Whenever a Pokemon is defeated, that Pokemon gives off a certain amount of Effort Values (EVs for short). The more EVs a Pokemon has in a particular stat, the higher that stat will be.

The amount of EVs that a Pokemon grants is fixed (for example, Bibarel will always grant 2 Attack EVs). A Pokemon with Pokerus, though, will get double EVs from each battle. Therefore, its stats will be maxed out more quickly.

It’s important to note, though, that a Pokemon with Pokerus will be cured in four days. When it is cured, it will still receive double EVs from battles, it just won’t be able to spread the virus. So, once trainers get it, they should spread it to as many Pokemon as they can immediately.