Radical changes could be made to the average school day in New South Wales as part of an effort from the state government to support working parents and reduce traffic congestion.

The overhaul would mean principals can offer options to parents other than the standard 9am-3pm school day.

During a speech at the annual Bradfield Oration, NSW Premier Dominic Perrottet suggested school times should be changed to better suit the lives of working families. 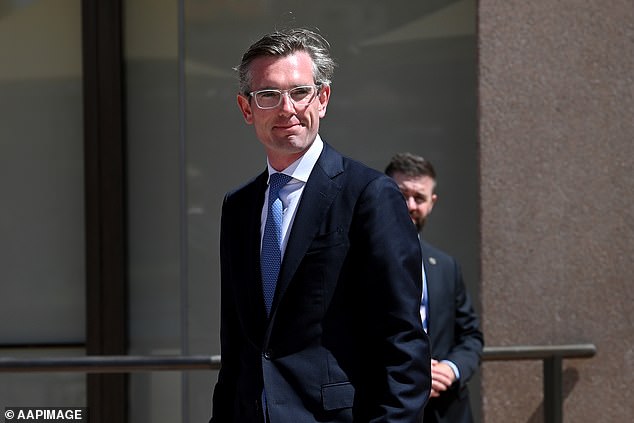 ‘Despite the progress we have made, so many public services are still designed around government, not around the people we are here to serve,’ he said on Thursday.

‘Education should be designed around our children, not simply around the schools themselves.’

He used the speech to declare his plans to bring NSW into the ’21st Century’ by leading a modern government that ‘doesn’t accept the status quo’.

At one point the Premier directly challenged Education Minister Sarah Mitchell, asking if the existing school day was fit for working parents.

‘Why does the school day run from 9am to 3pm — and does it still suit the lives of busy working families?’ asked Mr Perrottet.

His speech has reignited debate over whether the traditional 9am-3pm school day should be overhauled to provide flexibility for families. 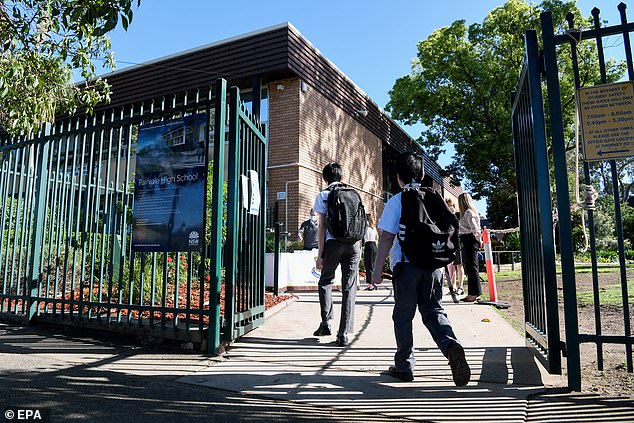 In June, the government staggered the start and finish times of public schools as part of a push to modernise the traditional school day and reduce traffic congestion.

The bold plan allowed schools to participate in trials where principals could offer parents options that differed from the standard 9am to 3pm school day.

Alternatives include a 7am to 1pm day, or extended after-school care.

‘The majority of schools do not operate between nine and three [o’clock], there’s all sorts of variations,’ he told the Sydney Morning Herald.

‘There are schools with nine-day fortnights, or four-day weeks. But these matters are not straightforward and require significant consultation to achieve a consensus across a broad parent body and staff body, all of whom are impacted.’

Merrylands East Public in the city’s west already operates an 8am to 1.15pm school day.

The scheme could also see an ease of pressure on Sydney’s heavily-congested roads by staggering when students are picked up and dropped off from school.

The cost of Sydney’s traffic congestion to the state economy is estimated to reach $13.1billion by 2031, according to the NSW Productivity Commission.