Former AWA World Heavyweight Champion Larry Zybszko appeared on the It’s my Wrestling Podcast and spoke about the time that he filed a lawsuit against Chris Jericho and the WWE.

Larry Zybszko is best remembered for his rifts with his mentor Bruno Sammartino in the 1980s and has worked both as a wrestler and commentator for WCW. Adding to his list of honors, Larry was the last holder of the AWA World title.

The June 1989 issue of PWI had this story about Larry Zbysko capturing the AWA World Title in a Battle Royal on Feb 7, 1989. Tom Zenk was the last man in the ring w Larry. He lost it 1 yr later to Mr Saito but regained it & ended up being the final holder of the historic title

The June 1989 issue of PWI had this story about Larry Zbysko capturing the AWA World Title in a Battle Royal on Feb 7, 1989. Tom Zenk was the last man in the ring w Larry. He lost it 1 yr later to Mr Saito but regained it & ended up being the final holder of the historic title https://t.co/6hEgHMICpY

The 69-year-old told during the podcast that he was using the nickname ‘The Living Legend’ even after WCW ended.

Larry used the nickname to do independent wrestling after WCW and also when TNA started. But then WWE Superstar Chris Jericho started using the same nickname and Larry Zybszko held conversations with some people from the promotion to work out a match between him and Jericho.

The plan did not materialize, which provoked him to file a lawsuit against Jericho and WWE.

Even though WCW just ended I was still using the “Living Legend” to do independent wrestling, TNA stuff when they started, so I was still using the living legend – that was my trademark. And then he (Jericho) started using the living legend. I kind of was talking to some WWE people, I was actually trying to like maybe work something out where I come in and wrestle Jericho – but then it didn’t work out so I wound up kind of filing a lawsuit against them to make them shut up.

We filed it but then it was just kind of like a double knockout and nothing happened. Okay, we won’t use it, okay good. I mean there really wasn’t much I could do, I could come in and do broadcasting, I was getting too old to wrestle. I mean, there’s no hard feelings against the WWE or anything. 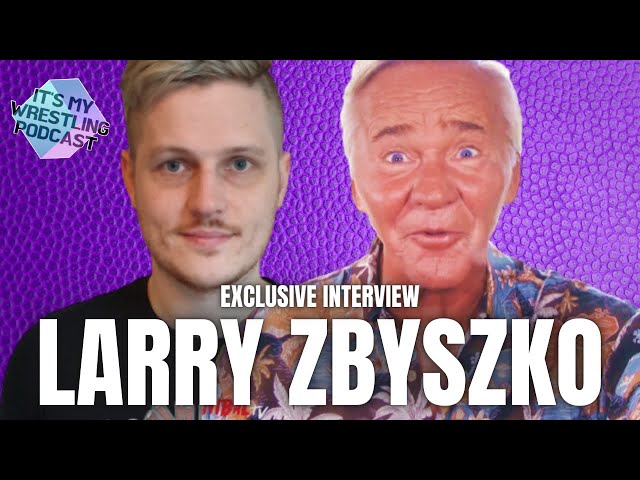 Larry Zybszko opens up about Ric Flair refusing to wrestle him

In 2017, Zybszko was interviewed by Hannibal TV where he spoke about why Ric Flair did not want to face him.

According to Zybszko, Flair had apparently stated that he didn’t want to wrestle the former because of his mentor Bruno Sammartino. That didn’t go down well with the former AWA World Heavyweight Champion. Zybszko wanted Flair to get into the ring to see who the better guy is.

The latest inductee into the WWE Hall of Fame, Class of 2015, is “The Living Legend” Larry Zbysko!! #WWEHOF http://t.co/M37hRaTgOm

The latest inductee into the WWE Hall of Fame, Class of 2015, is “The Living Legend” Larry Zbysko!! #WWEHOF http://t.co/M37hRaTgOm

Despite being in WCW for most of its existence, Flair did not face off against Larry Z – even though that was a time when the promotion wanted a storyline involving the two superstars. But Zybszko stated that Flair was concerned about getting hurt while fighting him and did not want to wrestle.

“In those days that was the way of saying, alright, we’ll get in the ring and this is gonna be a shoot, brother. Then some years down the road in WCW, they wanted me and Flair to work with each other, because we’ve been around 20 years and we’ve never wrestled each other.Then Flair didn’t want to do it, he thought I would hurt him and wanted someone else–but that’s when he took off with the belt or something and went to WWE, he jumped ship.”

What do you think of Larry Zbyszko’s Hall of Fame career? Share your thoughts in the comments section below.