A TikTok video of actress Auli’i Cravalho firing at co-star Rowan Blanchard has gone viral on the video-sharing platform. This comes after the latter liked a few biphobic tweets in 2019.

While Blanchard has supported the LGBTQ+ community multiple times, her followers are now “cancelling” her after the offensive tweets she liked are resurfacing online.

for the people who dont know, these are the biphobic tweets rowan blanchard liked, followed by her condescending apology where she blames being called out for liking them on cancel culture and says thats why she gave up on activism

for the people who dont know, these are the biphobic tweets rowan blanchard liked, followed by her condescending apology where she blames being called out for liking them on cancel culture and says thats why she gave up on activism https://t.co/LUDRauBuEO

The aforementioned tweets liked by Rowan Blanchard went viral online, and she has since apologized for her actions. However, her apology didn’t sit well with some, and Cravalho’s latest comments have only brought the issue back into the limelight.

rowan blanchard being called out for being biphobic by her own costar😭 https://t.co/WrIyhBNzBY

Auli’i Cravalho is known for her voice acting in ‘Moana.’ She joked about Blanchard on TikTok recently; the former made a video with a fan where she joked about her co-star Blanchard. She captioned her video:

“she’s still biphobic but this movie is going to be so cute and queer!!!”

Cravalho and Blanchard will be appearing on-screen together in the rom-com Love in Color. The movie follows a young artist who joins her high school track team and unexpectedly falls in love with one of the team members. 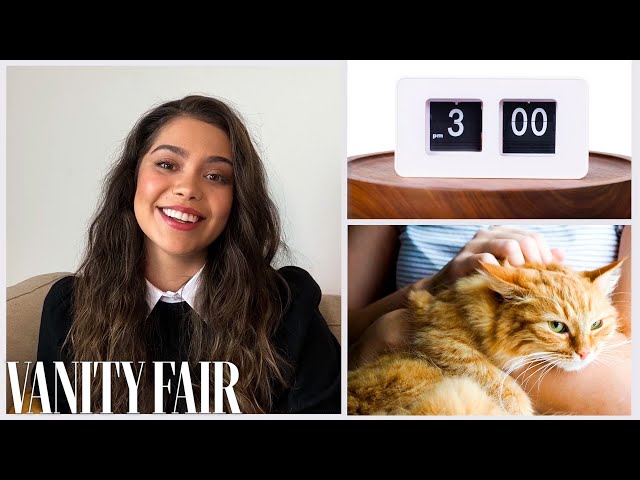 After Cravalho uploaded the TikTok video with a fan, she went on to create a second video after fans asked her to “spill the tea” about Rowan Blanchard. The caption of the video has left fans confused. Many commented that there would be immense tension when the co-stars met again. A comment read:

“The caption you did not hold back.”

The movie has reportedly wrapped up shooting and is in the post-production stage. The queer love story will be released on Hulu. The premiere date has not yet been announced.