When fans look at some of the best athletes to ever play in the NBA, there’s always going to be one popular name that comes up. That player is NBA legend Vince Carter.

From his days playing in college at the University of North Carolina, it was clear Carter was destined to be a special player at the next level. It wasn’t just his ability to score that made Carter an incredible young talent, it was the freakish athleticism that had fans in awe every time they got to see him on the court.

The Toronto Raptors selected Carter with the fifth overall pick in the 1998 NBA draft, and he played in Toronto for his first six seasons before being traded in December 2004 to the New Jersey Nets.

The gifted athlete became one of the faces of the NBA, earning the nickname “Half-Man/Half-Amazing” because of his ability to play above the rim. In a recent interview, former NBA star Gilbert Arenas talked about how many players in the league thought Carter was going to be the next Michael Jordan.

“As a hooper … Vince was supposed to be the next MJ. … That’s the talent he possessed. “

“When he got mad … you could not contain Vince Carter.” 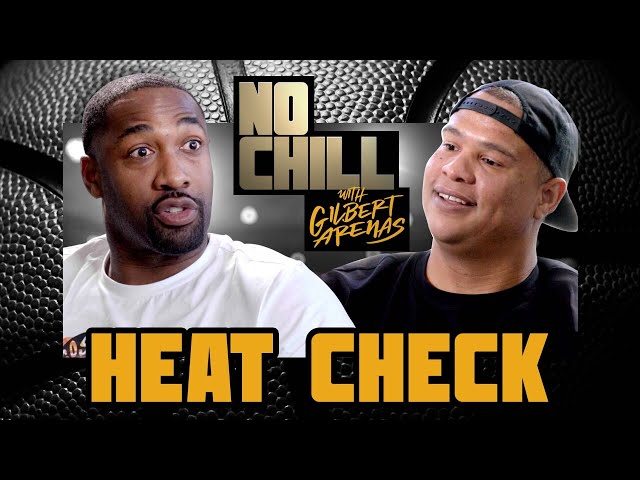 Arenas was asked about players who awed him as incredibly gifted individuals. Arenas shared his opinion about how many players thought Vince Carter was going to become the next legendary player to play in the NBA.

Although Carter enjoyed an incredibly successful career, Arenas thought Carter had the talent to become even more of a legendary player. Carter talked about the fact Carter’s personality was more of a “laid-back” presence compared to someone like Michael Jordan, who was known for his burning desire to do anything in his power to win.

Even though Arenas said Carter never reached that level of dominance in a career that stretched to the 2019-20 season, he still praised the fact Carter was able to play so long in the NBA.

“The fact that you lasted 20 years just tells us how gifted you were.”

Carter played 22 seasons in the NBA for eight organizations, and he was a dangerous weapon during his prime. During the early portion of his career, Carter made eight straight All-Star teams. Over those years, he averaged 24.6 points, 5.4 rebounds, 4.2 assists, and 1.3 steals per game while shooting 44.6% from the field and 37.9% from 3-point range.

Although many know Carter for his ability to make high-flying plays above the rim, he was also a lethal scorer with the talent and quickness to get anywhere on the court in a flash. There’s no denying “Vinsanity’ was one of the greats to play the game, and he seems to be a safe bet to hear his name called to the Naismith Memorial Basketball Hall of Fame one day.