Queensland Premier Annastacia Palaszczuk is set to reveal when the state will open its borders on Monday with the double vaccination rate closing in on 80 per cent.

The state will scrap quarantine for vaccinated domestic arrivals when 80 per cent of eligible people are fully jabbed, initially expected to be December 17.

But Ms Palaszczuk has not ruled out opening up the state earlier, saying an update will be provided on Monday. 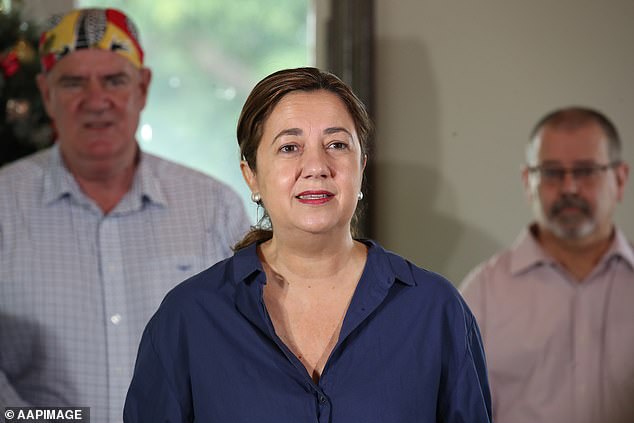 There is speculation Queensland will hit their 80 per cent target within a week.

‘We’ll have updated figures tomorrow (Monday) which will show when we’re expected to hit that 80 per cent so we’ll be very closely watching those numbers,’ Ms Palaszczuk said on Sunday.

Overall 87.3 per cent of eligible Queenslanders have received one jab and 78.45 per cent are fully vaccinated.

There were six new cases in quarantine from 8330 tests in 24 hours, including five interstate arrivals and a person who flew in from the Philippines via Singapore.

Quarantine will be scrapped for vaccinated international travellers once 90 per cent of eligible people in the state are double jabbed.

‘We are looking at early to mid-January (to hit the 90 per cent target) but we will have a better idea tomorrow (Monday),’ Ms Palaszczuk said.