The Golden Apple Archipelago was temporarily added to Genshin Impact in the 1.6 patch with the Midsummer Island Adventure event. Leaks have suggested that the event is returning soon.

From well-written lore to unique gameplay mechanics, the Midsummer Island Adventure event in Genshin Impact had everything that players could ask for. This explains why the hype surrounding the re-run event is sky-scraping.

The Golden Apple Archipelago belongs to no nation, and travelers were able to explore it during the 1.6 patch. However, the islands were removed with the next update, leaving many players disappointed. 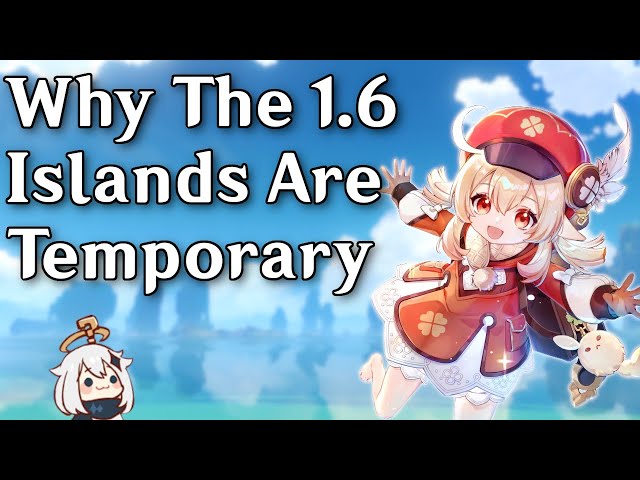 To this date, new players in the Genshin Impact community have been looking forward to the return of the Golden Apple Archipelago.

in summary:
– new area before 3.0 (either chasm or enkanomiya)
– ayato is the next 5* after yae
– two new characters are probably heizou and kuuki shinobu
– golden archipelago rerun

in summary:- new area before 3.0 (either chasm or enkanomiya)- ayato is the next 5* after yae- two new characters are probably heizou and kuuki shinobu- golden archipelago rerun

The leak mentioned above claims that the Golden Archipelago re-run will take place in Genshin Impact soon. However, this can happen anytime before the 3.0 patch, and it isn’t confirmed if the Golden Apple Archipelago will return in the 2.4 update.

man i miss the archipelago event on genshin. i remember reading kaeya and dilucs seashells and crying

man i miss the archipelago event on genshin. i remember reading kaeya and dilucs seashells and crying

From the looks of it, the 2.4 update for Genshin Impact will not only be a pleasant experience for veterans who miss the old event, but also for new players who never had a chance to enjoy Windtrace and Lantern Rite.

Both Windtrace and Lantern Rite are expected to return to Genshin Impact with the 2.4 update. Due to this, it is unlikely that another massive event like the Midsummer Island Adventure will be added to the patch.

Having said that, it is self-evident that miHoYo is now trying its best to bring back old content, because a plethora of new players have joined the Genshin Impact community lately. Old events are returning with new mechanics and dual re-run banners have arrived as well.

All in all, it is safe to assume that the Golden Archipelago in Genshin Impact will return before the 3.0 patch, and most likely the 2.5/2.6 patches.

As of now, Eula and Albedo are featured in the character event wish banners and players can also complete a wide range of challenges in the Shadows Amidst Snowstorms event to earn lucrative rewards.