By Katie Hind For The Mail On Sunday

The were the words Kate Garraway thought she would never hear her Covid-stricken husband Derek Draper say again.

But the Good Morning Britain presenter reveals tonight that the former Labour spin doctor, whom she has nursed since his near-fatal medical crisis last year, has finally uttered the phrase she has longed to hear: ‘I love you.’

Fighting back tears, Ms Garraway vows to Piers Morgan in his final episode of Life Stories that she will ‘never give up’ on Mr Draper after his 13-month battle in hospital – the longest of any surviving Covid patient.

In the highly emotional interview, she discusses with MoS columnist Morgan how her husband managed three words – ‘hello’ and ‘thank you’ – to him on the telephone the night before the programme was recorded last month. 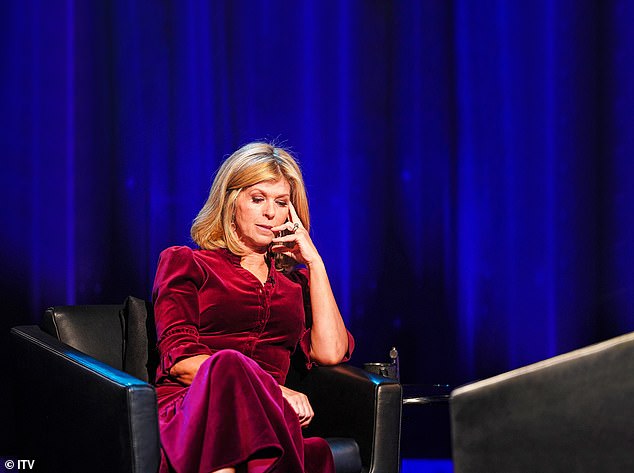 Kate Garraway, pictured, appeared on Piers Morgan’s Life Stories where she spoke of the Covid torment her family has gone through over the past two years 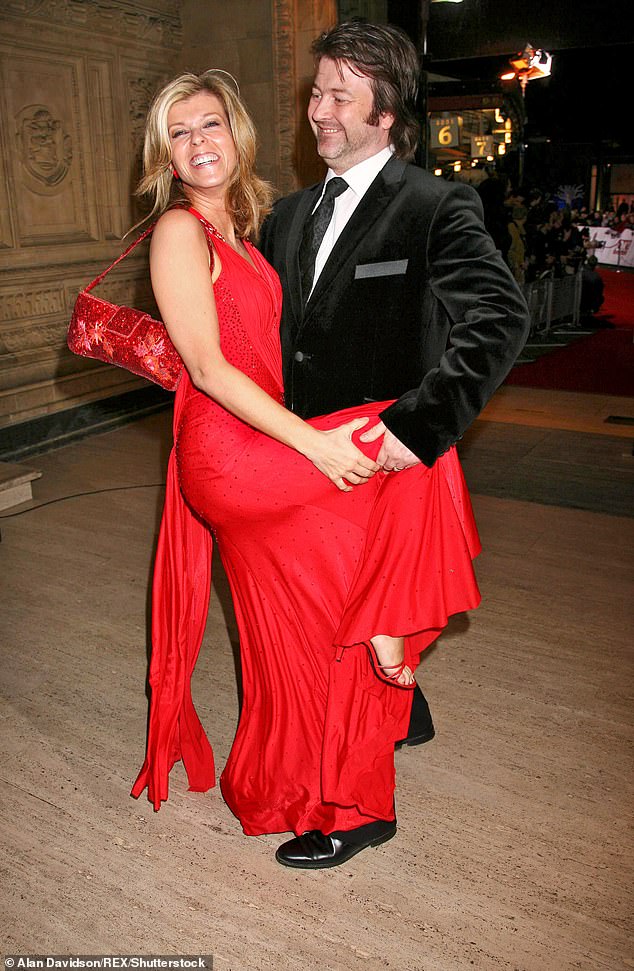 Ms Garraway, mother of Darcey, 15, and Billy, 12, was left devastated when her husband Derek Draper was hospitalised with Covid in March 2020. Along with doctors, she feared he wouldn’t survive – but he defied the odds to return to the family’s North London home in April, where he is continuing his recovery

She continues: ‘It’s moments like that which make you realise he is there, and we have had others. He will turn to me and say “I love you.” He is there, he has fought so hard to stay in this world and I’m not giving up on him, ever.

‘He will have moments of clarity, then it’s like he disappears but then he finds a voice.’

Ms Garraway, mother of Darcey, 15, and Billy, 12, was left devastated when Mr Draper was hospitalised with Covid in March 2020. Along with doctors, she feared he wouldn’t survive – but he defied the odds to return to the family’s North London home in April, where he is continuing his recovery.

Revealing the torment she has endured, the television host adds: ‘It does feel like I have walked through a fiery furnace, or fell down a rabbit hole. The world went dark and I’m still looking for the light at the end of the tunnel.

‘Covid has devastated him, from the top of his head to the tip of his toe. His digestive system, his liver, his heart, his nervous system. We’re pretty sure the inflammation did pass through his brain. Fundamentally he is in a terrible state, but look: he’s alive.’

Tonight’s show, which airs on ITV at 8pm, is Morgan’s last after 103 episodes which have seen him interview showbusiness legends including Sir Rod Stewart, the late Dame Barbara Windsor and Dame Joan Collins. He has also interrogated senior politicians, including John Prescott and Sir Keir Starmer.

He will be replaced by Ms Garraway, 54, who won a National Television Award in September for her documentary Finding Derek.