John Kavanagh has named six fighters whom his star pupil Conor McGregor could fight when he makes his highly-anticipated comeback.

During an appearance on The MMA Hour with Ariel Helwani, Conor McGregor’s longtime head coach John Kavanagh opened up on multiple topics. Helwani asked the SBG coach who he felt McGregor should face in his comeback fight, in response Kavanagh stated:

“I’ll be honest. The Nate Diaz trilogy is very, very tempting. It’s a fight that gives me nightmares. The man doesn’t stop coming forward, for whether it’s three rounds or five rounds. But it’s an intriguing fight. So, that one is definitely very interesting. But also the Tony Ferguson one – it never happened. It was talked about a lot. Tony still has, I believe, a lot to offer the game. He’s a very unorthodox striker, grappler. I think the buildup would be fun for the fans. So, you know, any of those kind of legacy guys; but look, that division (lightweight) is killer. You know, Dan Hooker’s in there. The Islam (Makhachev) fight would be amazing as well, for obvious reasons. And we have, you know, whoever’s going to win this [UFC lightweight] belt [between Charles Oliveira and Dustin Poirier].” Kavanagh added, “So, you know, look, any of those names; I’m just excited to see Conor back.”

John Kavanagh also highlighted that he wondered what would happen after the gruesome leg injury Conor McGregor suffered in his most recent fight. Kavanagh indicated that despite the injury – and the fact that McGregor is incredibly rich and doesn’t have to compete in MMA to earn a living – ‘Notorious’ is still very much in love with the sport.

Watch John Kavanagh’s conversation with Ariel Helwani in the video below: 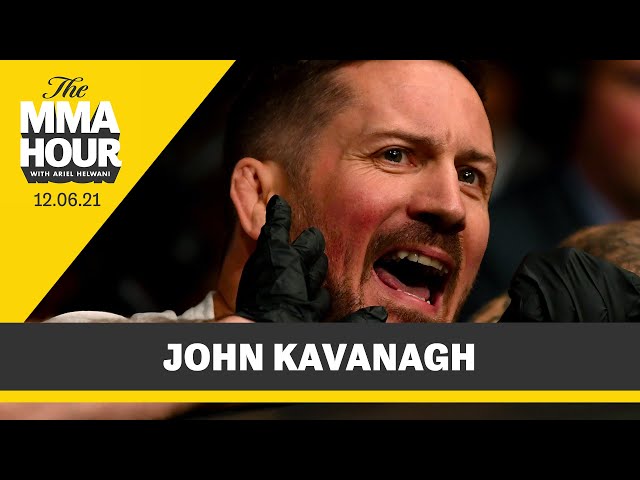 While almost every opponent listed by John Kavanagh has primarily competed at lightweight throughout their careers, Conor McGregor’s future could play out in a different weight class altogether.

‘Notorious’ has been updating his fans regarding his recovery process and has lately garnered significant attention for the muscle and overall weight gains he’s made. Over the past few months, Conor McGregor has suggested that he could fight at welterweight once again.

Presently, Conor McGregor’s next opponent and exact comeback date are shrouded in mystery. Nevertheless, an estimated timeline for his return indicates that he could fight again in mid-2022.