Although there’s only a small bit of footage out there on it, it’s still possible to figure out which moves Tsareena will be using in Pokemon Unite.

The Pokemon-infused MOBA is setting history with Tsareena, as it will be the first free All-Rounder Pokemon that players can get post release. By logging in after the update on December 9, players will get the license for Tsareena free of charge. A small trailer was dropped showing off some Tsareena footage, and it has players wondering how it will operate as a Pokemon. 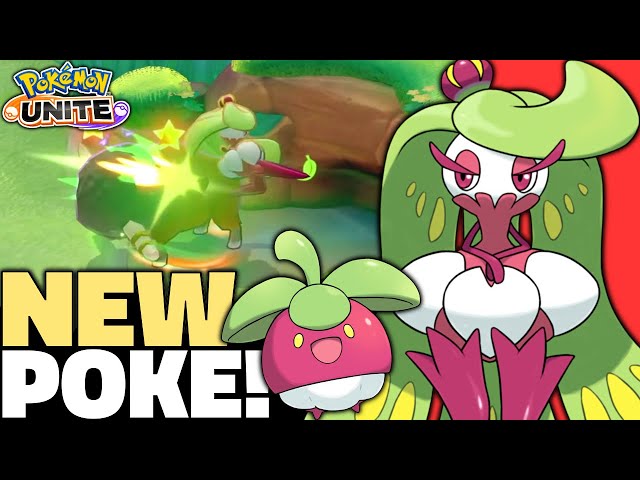 First of all, it’s confirmed that Tsareena will be an All-Rounder Pokemon. This is great to see considering that there are very few All-Rounder options currently in the game (and Lucario is used more than every other option).

At the beginning of the trailer, Tsareena can be seen using what is most likely Trop Kick and Stomp. Trop Kick is Tsareena’s signature move, so it stands to reason that it would make it into Pokemon Unite.

It appears that Trop Kick propels Tsareena towards a target, and Tsareena then kicks it back. This could offer some devastating crowd control in team fights. Tsareena could potentially use this move on a fleeing enemy to knock them back into the frey, like Machamp’s Submission.

Stomp seems to be a simple damaging move with a small AOE. It’s hard to tell how much damage it will do from the trailer.

Perhaps the most flashy move shown in the trailer was Triple Axel. Although Tsareena is a Grass-type Pokemon, Triple Axel is an Ice-type move. It looks like Tsareena will be able to spin around enemies with this move in a similar fashion to Blastoise’s Rapid Spin.

There was one other move shown where Tsareena brings up a shield and slides across the ground, leaving a long streak on the ground like Eldegoss’ Leaf Tornado. This move could be Grassy Glide, a new move from Generation VII.

Finally, a glimpse of Tsareena’s Unite Move was also shown. Reports show that this move will be called Queenly Aerial. It looks to be a single target move that knocks the target up in the air and kicks them to the ground. Maybe the fact that it KO’s a Snorlax in the trailer indicates that it will be a very high damaging move.