A boat skipper was forced to jump overboard after his vessel burst into flames while enjoying a day on the water in Sydney’s south.

Crews were called to a marina in Yowie Bay shortly before midday on Tuesday following reports of a boat on fire 300 metres from shore.

The boat skipper was found in the water and transported to shore, where he was treated for minor injuries but didn’t.

‘The cause of the fire is unknown but isn’t being treated as suspicious,’ Superintendent Scott Dobson told Daily Mail Australia.

Footage filmed by locals show the boat erupting into flames as dark smoke billowed into the air.

‘Not much left of the boat now! It’s been retrieved from the water,’ a resident posted on a local Facebook page. 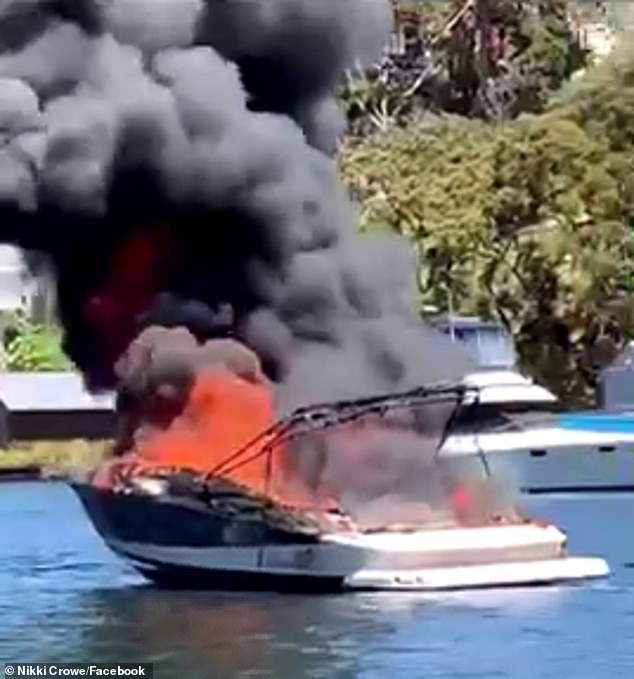 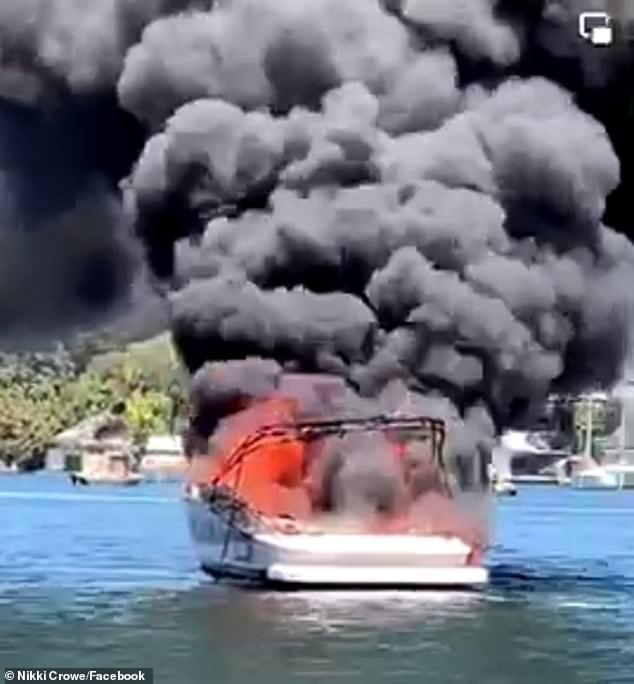 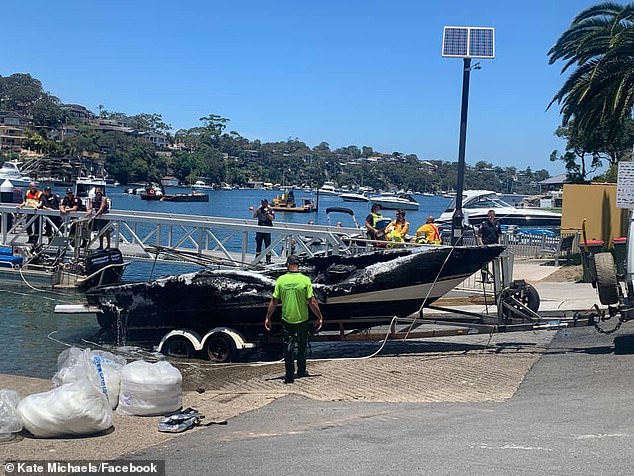 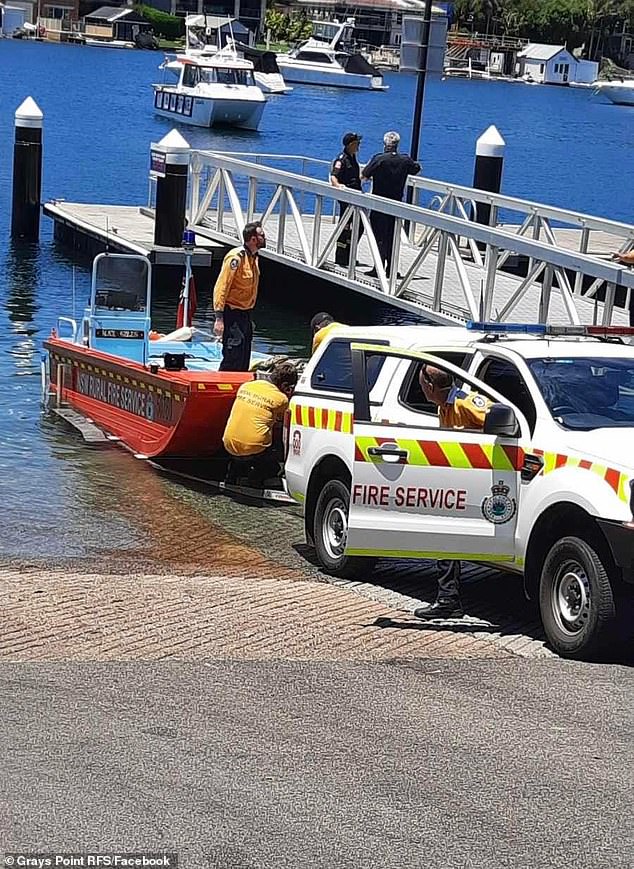 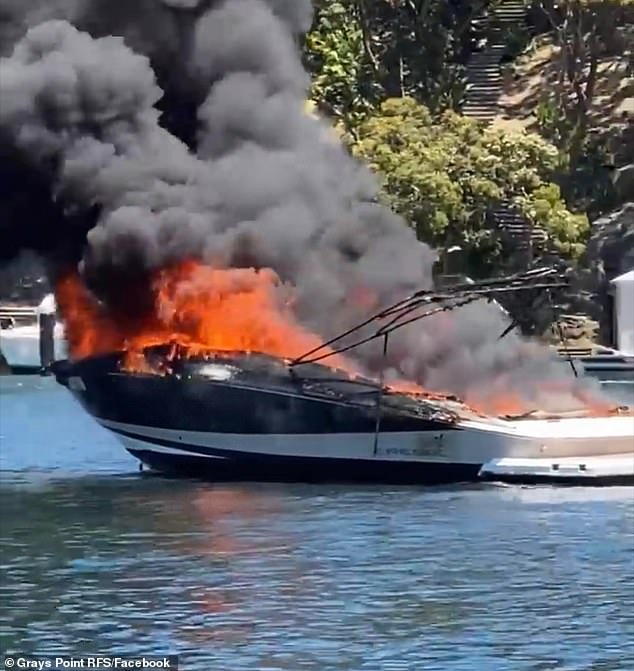