BLACKPINK’s star singer Jisoo opened up about her upcoming project, Snowdrop, in which she stars opposite Jung Hae In.

The JTBC drama will be Jisoo’s first foray into acting. While the idol has long held acting aspirations, it is only now that she has the opportunity, and if the teasers are anything to go by, the BLACKPINK member did more than deliver.

Snowdrop tells the story of unlikely love amidst political turmoil. Jisoo takes on the mantle of Young Ro, a student at the women’s university, and Jung Hae In plays Su Ho, whose first interaction with Jisoo’s character takes place amidst blood. The story is set in 1987, which also happens to be the year of the June Democratic Struggle. 1897 was a pivotal year in South Korea’s history that saw a nationwide mass movement that forced the ruling government to hold elections. It is in this difficult period that love, and tragedy, blooms in Snowdrop. 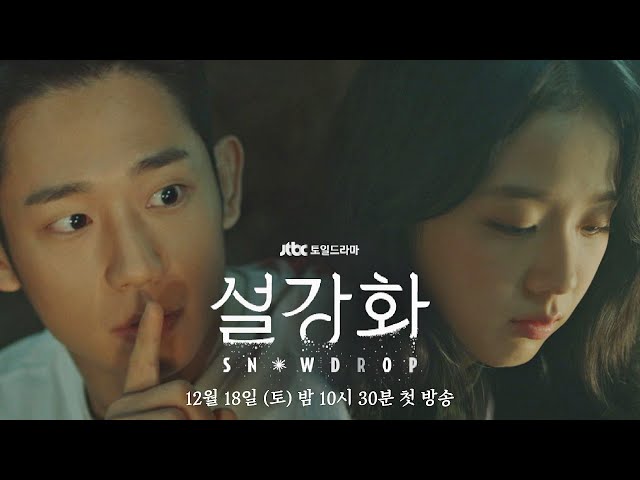 In a recent interview with Naver, Jisoo spoke about Snowdrop, Young Ro’s character, and what she meant to her. The BLACKPINK frontliner said,

“Young Ro, the character I’ve taken on, is very charming. She’s a figure who has just turned 20, but the power she has to draw people in has been passed on to me. The way she gradually matures even though she’s still learning is really cool.”

Incidentally, Jisoo believes that Young Ro is not very different from herself.

“It’s the aspect of delivering bright energy to people and putting in effort so that everyone can get along well.”

Despite Snowdrop being her first acting experience, the idol dug deep into her Snowdrop character. She said,

“While filming, I put in effort to think like Young Ro and to act like Young Ro. The most memorable moment was talking endlessly with director Jo Hyun Tak about Young Ro. I prepared while continuously thinking about what Young Ro means to Su Ho in order to not forget it.”

Given her charming and friendly personality, it is no surprise that the actor got along with everyone. On being asked about her experience while filming, Jisoo was all praises saying,

“I got really close to everyone while filming, so it really felt like I was living in the dorms. In particular, I met up with the friends I’m rooming with since before the broadcast in order to get closer while practicing and hanging out together, so it was fun making the drama together.”

Jisoo also had high compliments for her co-star Jung Hae In, who happens to be one of the finest, albeit underrated, actors in the Korean industry. When asked about her chemistry with the One Spring Night actor, the Snowdrop star said,

“It’s really lucky for me that Jung Hae In is the first actor I’m starring opposite of. From the first shoot to the last, he monitored the scenes with me, and he was reliable because he led [the set] and listened well to my concerns about the role. I think his greatest charm is that he listens carefully and sincerely thinks over everyone’s concerns.”

Her fellow BLACKPINK members were not far from Jisoo’s mind, who revealed that they had been supporting her from the start. Their support, Jisoo stated, was one of the main sources of strength during the Snowdrop shoot.

“They sent word that they’ll definitely be tuning in. Since the members supported me and expressed curiosity, I also gained strength and was able to work harder on filming.”

Playing a character as nuanced as Young Ro, who loved and lived in a time as fraught as the 80s, evidently had a deep impact on Jisoo, who said,

“I feel that the diverse emotions I normally didn’t experience have broadened. As Young Ro matured, I felt like I also matured one step further. I won’t be able to forget this experience in which many people gathered their strength together to complete [the drama].”

Incidentally, several rumors are afloat of the BLACKPINK star having an original soundtrack for the show, and BLINKS are ecstatic.

Snowdrop is all set to premiere on December 18. Given Jisoo’s huge fan following, there are sure to be many tuning in.