A new poll on Vice President Kamala Harris finds her popularity falling further and that only 40 per cent of voters believe she’s qualified to take over President Joe Biden’s job.

A Rasmussen Reports survey conducted between December 5-6 found that 39 per cent of likely U.S. voters held a favorable opinion of the veep, two points lower than her 41 per cent standing in August.

Fifty-seven percent now view the vice president unfavorably, including 50 per cent of voters who view her very unfavorably. 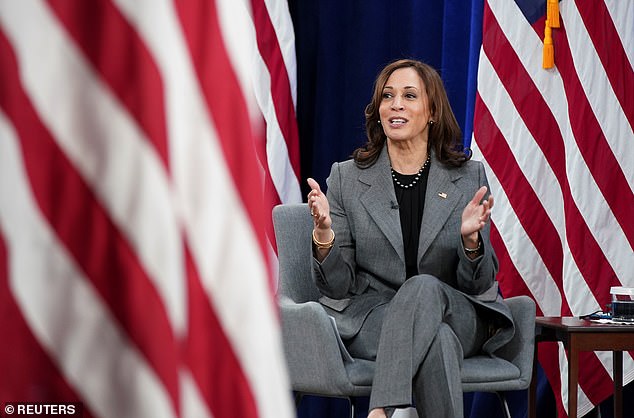 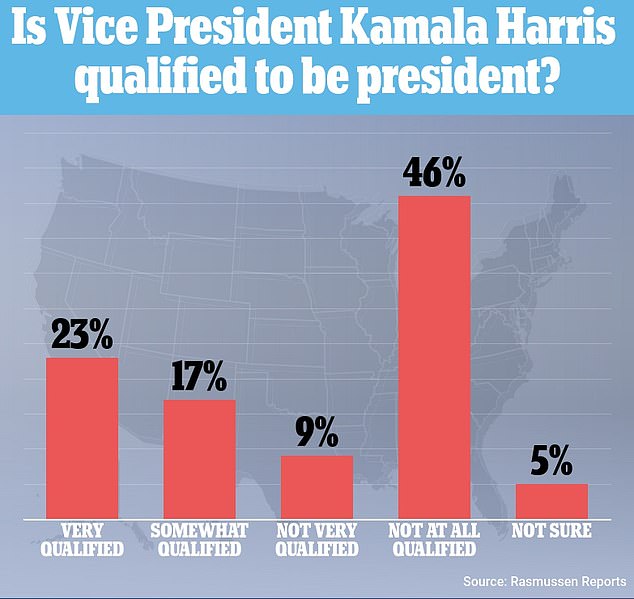 Nineteen per cent of respondents said they held a very favorable view of the vice president.

Additionally, 23 per cent of those surveyed said they believed she was very qualified to step in and become president of the United States, with another 17 per cent calling her somewhat qualified.

But another 46 per cent said she wasn’t qualified at all to be president.

Not surprisingly, Democrats view Harris more favorably than Republicans. The December survey found that 75 per cent of Democratic voters held a favorable opinion of Harris, compared to just 14 per cent of GOP voters.

The poll also found that only 25 per cent of voters not affiliated with either major party viewed Harris favorably – which could show that she has weak support among independents if she tries to launch a future presidential run.

On the flip side, 79 per cent of Republicans and 57 per cent of unaffiliated voters have a very unfavorable impression of the VP. Just 17 per cent of Democrats share this sentiment.

Black voters tend to like view Harris more favorably than white voters and other minority voters.

Fifty-eight per cent of black voters said they held favorable views of Harris, compared to 36 per cent of white voters and 37 per cent of other minority voters.

Women voters, at 43 per cent, held a more favorable impression of Harris then men, at 35 per cent.

Harris has attracted a number of negative headlines in recent week, as both her communications director and chief spokesperson are out the door.

White House press secretary Jen Psaki suggested in an interview for Politico’s Women Rule series last month that Harris received more criticism thanks to her status as a woman and a woman of color.

‘I do think it’s been easier and harsher from some on the right-wing who have gone after her because she is the first woman, the first woman of color,’ Psaki said.