Craig Duke, a pastor of the Newburgh United Methodist Church in Indiana, was recently “relieved of duties” for performing drag on the second season of HBO’s We’re Here.

The show traces the journey of performers Eureka O’Hara, Shangela Laquifa Wadley, and Bob the Drag Queen, as they tour the country and help people from local communities perform as drag queens.

The latest episode of the show saw pastor Craig Duke performing drag with Eureka O’Hara on Kesha’s popular number We R Who We R. Although the reverend attempted to spread the message of love and equality through his performance, his actions reportedly offended some members of the parish.

The pastor told the Religion News Service that he started receiving negative emails from congregants following the episode:

“It just got to the point where the conflict, the anger grew too much, and so for my mental health, too, I started to back away, and I told my district superintendent that the conflict was so much, it was at such a level from some, that I was unable to be an effective leader.”

Everyone met Pastor Craig a couple of weeks ago on the Evansville, IN episode of #WereHere Sadly his participation in the show has caused the Church to “relieve him of his pastoral duties.”
If you can donate, great! If you can’t, please share!

Everyone met Pastor Craig a couple of weeks ago on the Evansville, IN episode of #WereHere Sadly his participation in the show has caused the Church to “relieve him of his pastoral duties.” If you can donate, great! If you can’t, please share! tinyurl.com/49pzury3

I’ve attached an article that features Craig and touches on his participation in the show. Craig is an amazing person and deserves the same love that he shares with everyone around him.

I’ve attached an article that features Craig and touches on his participation in the show. Craig is an amazing person and deserves the same love that he shares with everyone around him. tinyurl.com/2p92ekjj

The situation further led to the Staff-Parish Relations Committee asking Craig Duke to apply for a new assignment from Bishop Julius C. Trimble of the Indiana Conference. The reverend was officially relieved of his pastoral duties and it was mentioned that he will be receiving a reduced salary until February 28, 2022.

In light of the situation, friends of the pastor organized a GoFundMe campaign to provide financial support to Craig Duke and his wife while they are preparing to start afresh in life. The fundraiser has received immense support from several people and has already raised more than $58,000 in donations.

According to his GoFundMe page, the pastor considers himself “a man of faith, a father, a husband, a social justice advocate, and ally for the LGBTQIA+ community.” He successfully created an inclusive community in his church and welcomed people of races, genders, and orientations in the congregation.

The River City Pride organization recently nominated the pastor to take part in the We’re Here series but his performance left several church members offended. Before his performance, Craig Duke had already expected upheaval in the community but attempted to build a bridge of equality, especially for his daughter who came out last week:

“You can’t do a drag show like this in southern Indiana and not offend someone. I’m hoping it’s a bridge for my daughter, for the church I serve, for the denomination I love and for me. And I’m hoping that my voice will become stronger.”

Craig Duke appeared on the show as drag queen Miss Jonah Fark O’Hara wearing a white robe and pink robe. He took to the stage to deliver a performance on We R Who We R with lead performer Eureka O’Hara.

Following his performance, the pastor also spread a message of love and hope to the audience:

“I just wanted to say this. If you’re a person here tonight and you’re wondering if there’s a hope and a future and a god who loves you — oh, yes, there is. Don’t wait until you have permission to do what you were made to do. Go out and love everybody.”

Unfortunately, Craig Duke was later relieved of his duties in the aftermath of his performance. Mitch Gieselman, superintendent of the Indiana United Methodist Conference, signed an official letter that said the situation created a polarizing atmosphere in the church and hence authorities came to a decision that would allow both the church and the pastor to move forward:

“No single resolution will be satisfactory to all. I’ve received numerous calls and emails that are highly critical of Craig Duke’s actions, and I’ve received numerous messages of support for him. In such a polarized climate, our main intent is to foster an environment in which both NUMC and the Duke family can move forward in grace.”

The letter confirmed that Craig Duke would not be able to continue his pastoral duties at present despite not being charged with any offense:

“While there is a diversity of opinion regarding the moral implications of Rev. Duke’s actions, he has not been found to have committed any chargeable offense or other violation of the United Methodist Book of Discipline. In short, Craig has reached a place where he feels unable to continue to serve in parish ministry at present.”

The statement clarified that the pastor has neither resigned nor been fired but have been “relieved” of his role due to his action:

“Craig has not ‘resigned,’ nor has he been ‘fired,’ as these are not actions that are consistent with our appointment system.” 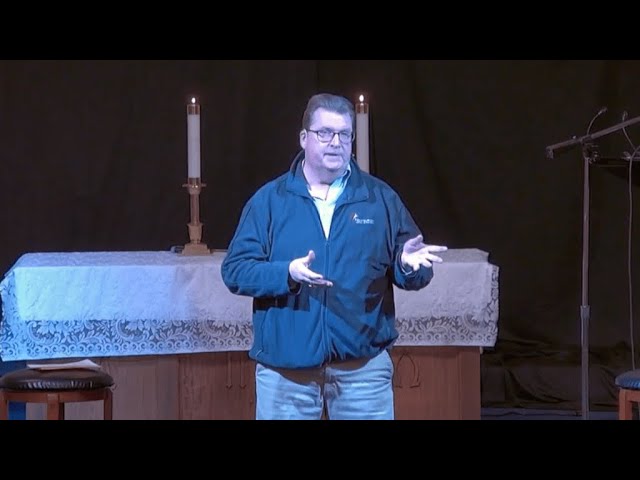 Craig Duke’s departure was made effective December 1, 2021, and he was barred from performing any pastoral duties at NUMC. The pastor and his wife Linda have been allowed to live in the parsonage “until no later than February 28, 2022” but have been prevented from being in the church “in any capacity.”

The pastor has received huge love and support from members of HBO’s We’re Here as well as people who have largely contributed to his GoFundMe fundraiser.