Olympic swimming star Madeline Groves walked out of an emotional interview in tears after opening up about being molested by a man in the sport for five years.

Groves, now 26, claimed she was sexually abused by the man from age 13 to 18 while part of Australia’s national swimming setup.

She told ABC’s 730 the years of abuse had her contemplating taking her own life and at one stage left the interview after saying she wanted to reveal her own torment to prevent future abuse.

‘It’s an uncomfortable thing to have to talk about and deal with, but it’s not my fault. I I hope by speaking about this stuff it is taken seriously and there are protections…I’m sorry,’ Groves said as she walked out of the room. 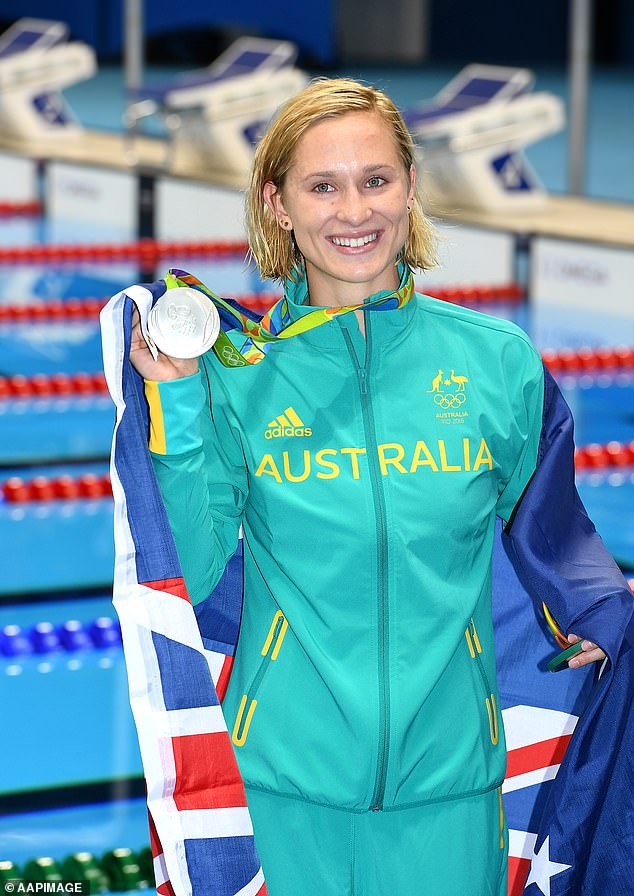 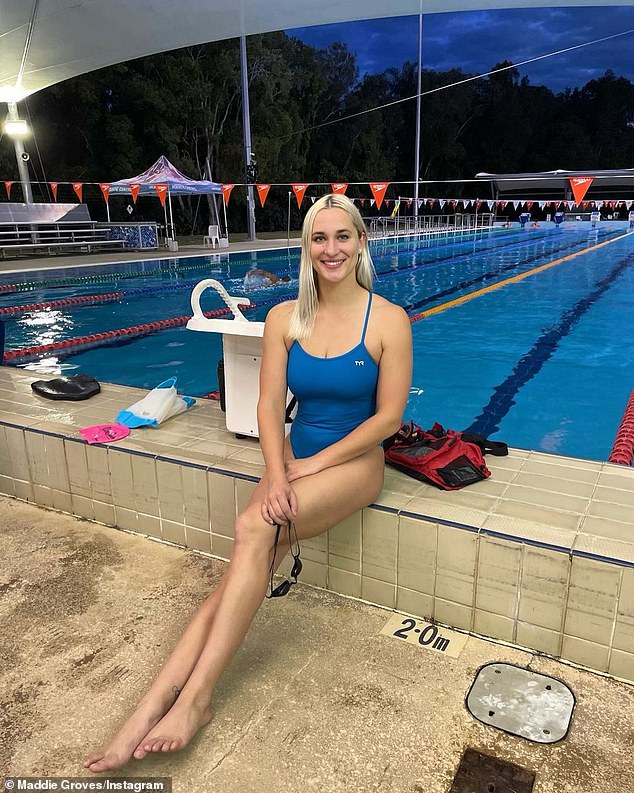 The Olympic silver medalist said she was molested from the age of 13 to 18 by a man she refused to identify. The 26-year-old says he still works in the swimming.

Groves described herself as ‘incredibly burnt out and discouraged’ by the sport by the age of 15 because of the dedication required and the abuse she was experiencing.

‘I was left suicidal at a young age,’ she said through tears.

‘I was left feeling like that because my whole world was swimming, it was something I did every single day and I was made to feel like every decision I made was going to have a bearing on whether I was ever going to be successful in life.

She said she had to deal with the ‘body-shaming, abuse and misogyny’ if she wanted a chance at making the Olympic team.

Groves also claimed female members of the team were forced to weigh themselves on the pool deck in front of coaches and other swimmers, which eventually led her to hide in the bathrooms to avoid the shame.

‘We were chastised for going through puberty, for growing boobs, hips and a bum. That was seen as failing in your commitment to swimming because you were gaining weight, but we were just developing in a normal way,’ she said.

‘I would basically go and hide in the bathrooms so I wouldn’t have to [be weighed] and they wouldn’t be able to find me.

‘There were times where I really was starving myself.’

Swimming Australia has since confirmed it is investigating the setup’s culture and had referred Groves’ case to Queensland Police. 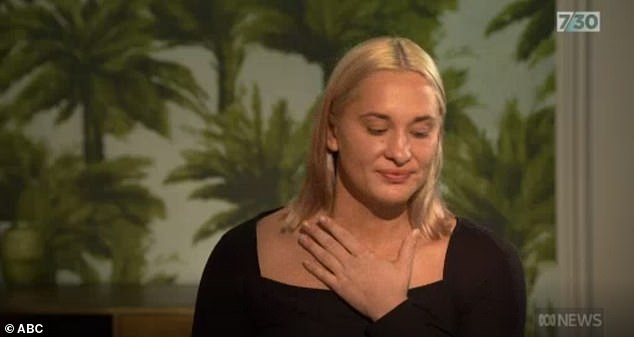 ‘It’s an uncomfortable thing to have to talk about and deal with, but it’s not my fault. I I hope by speaking about this stuff it is taken seriously and there are protections…I’m sorry,’ Groves said as she walked out of the room 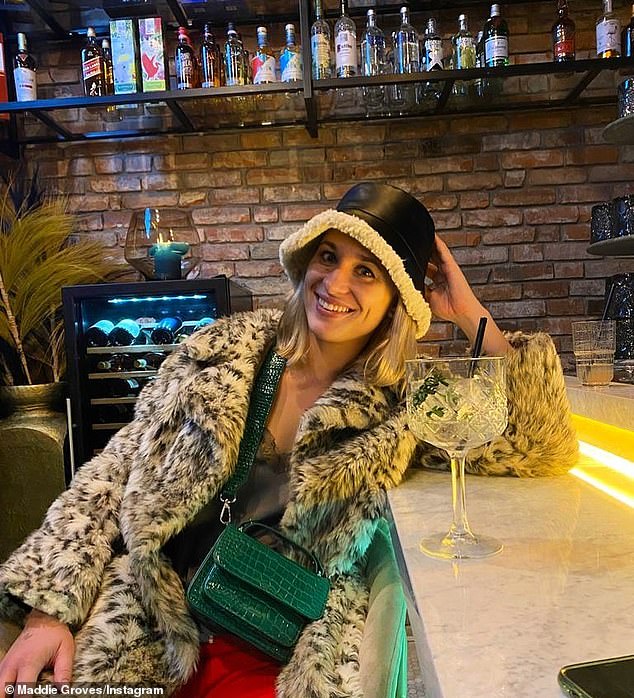 The Olympic silver medalist said she was molested from the age of 13 to 18 by a man she refused to identify. The 26-year-old says he still works in the swimming

Groves, a dual silver medalist at the 2016 Rio Olympics, triggered controversy when withdrawing from Australia’s selection trials for this year’s Tokyo Olympics.

In a series of social media posts, she referred to ‘misogynistic perverts’ within swimming in Australia.

‘You can no longer exploit young women and girls, body shame or medically gaslight them and then expect them to represent you so you can earn your annual bonus. Time’s UP,’ she tweeted.

Her claims prompted a wider investigation, which is ongoing, by Swimming Australia into alleged abuse in the sport.

‘Deciding not to compete at Olympic trials was … in a way like a cry for help that hopefully someone would listen and maybe do something about this huge issue in Australian sport,’ she told the ABC. 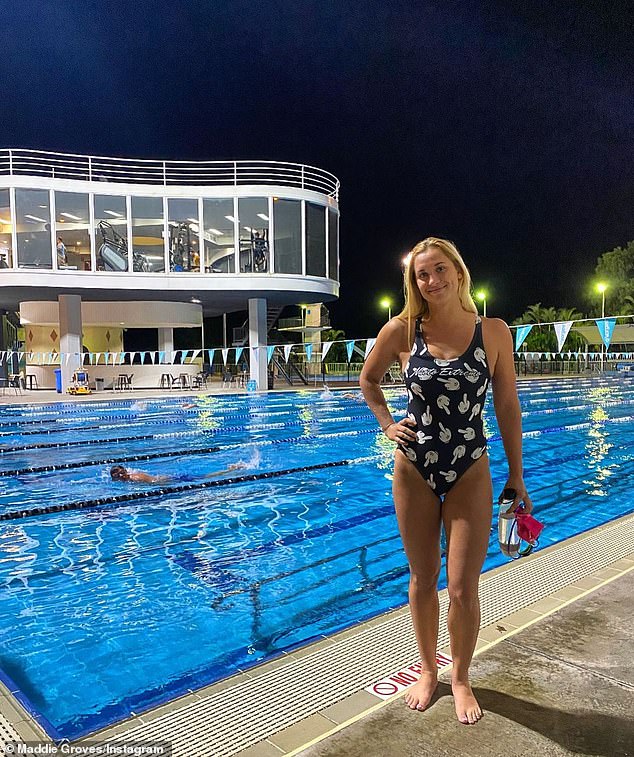 Groves also named two former swim coaches, who Daily Mail has chosen not to identify due to legal reasons, alleging one ‘manhandled’ her while another ‘blatantly’ stared at her breasts and touched her inappropriately.

The 26-year-old, who recently returned to the pool at the International Swimming League in Europe, said she was speaking out in a bid for change.

‘It just really seems like there is this vicious cycle of using and abusing female athletes until they’re burnt out and broken,’ she said.

‘I feel like if I didn’t speak out, if there’s not a proper investigation into the culture of this sport in Australia, that cycle is just going to continue forever.’ 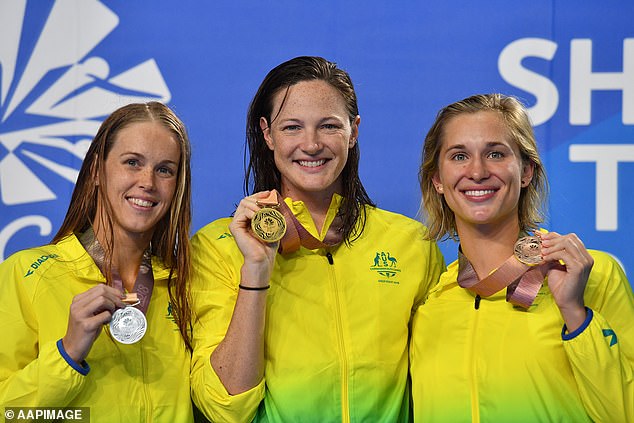 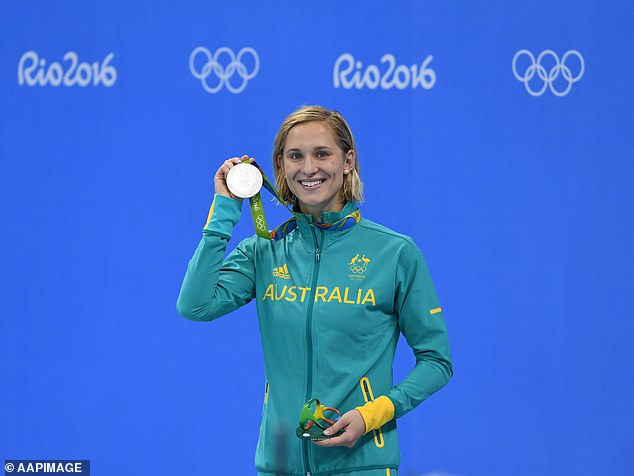 Groves said ‘it just really seems like there is this vicious cycle of using and abusing female athletes until they’re burnt out and broken.’