Shocking footage has captured a registered GP issuing fake $80 medical exemptions to patients who didn’t want to get vaccinated against Covid.

Dr Jonie Girouard was filmed issuing ‘medical certificates’ at her clinic near Christchurch on New Zealand’s South Island to help her unvaccinated patients get around workplace jab mandates and international border rules.

Only the country’s Ministry of Health can issue official medical exemptions.

In the footage the doctor can be heard coaching a journalist posing as an anti-vaxxer construction worker on how to ‘sell’ the fake exemption to her employer.

‘I mean really this is horrible, horrible medicine,’ she told her waiting room full of unmasked patients, which included the undercover Newshub reporter. 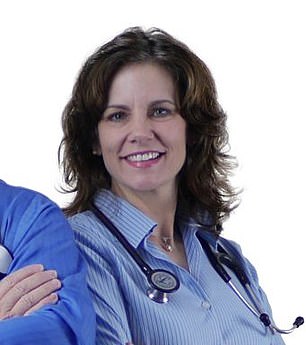 ‘You’re here because you’re not crazy about being vaccinated. Great, okay you are in the right spot.’

Dr Girouard, who runs a weight loss clinic in Kaiapoi 10km north of Christchurch, said she is unvaccinated herself and would rather stop practicing medicine altogether than take the jab.

New Zealand’s Covid guidelines require healthcare workers to work remotely if they are not double-jabbed.

The reporter – who paid $80 for the service – filmed Dr Girouard speaking to him personally in her office and asking why he doesn’t want the Covid vaccine.

He replies by saying he has been ‘researching’ the vaccine’s benefits and risks and doesn’t actually have a medical condition.

‘I’m going to check your blood pressure if that’s alright… ‘that’s just documenting so if anyone questions you ‘well did you even see a doctor we can say ‘yeah you did’.’

She then teaches the reporter how to convince his employer the certificate, which says his medical condition makes him ‘unsuitable’ for vaccination, is genuine. 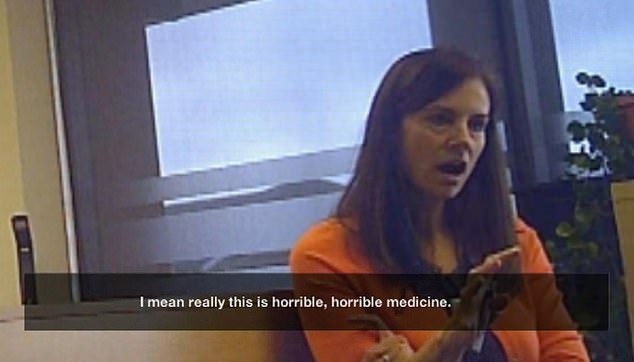 ‘I mean really this is horrible, horrible medicine,’ she told her waiting room full of unmasked patients, which included an undercover reporter 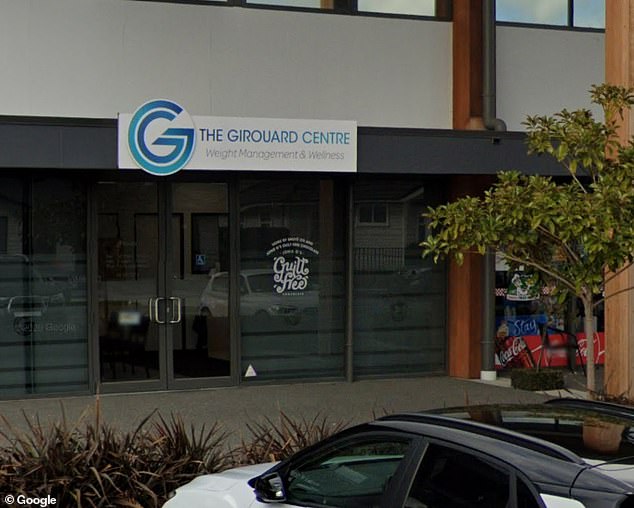 ‘You say ‘I’ve been using it all over the place, no one’s had a problem’,’ she said.

‘You sell it, you become a salesman. They don’t know what they’re doing, you have to coach them.’

A Ministry of Health spokesman said the clinic’s practices were under investigation.

She has so far declined to speak about her ‘medical certificates’ to journalists, and her husband ordered the media to leave his property when approached this week