Former NSW State of Origin star Brett Finch has opened up about hitting ‘rock bottom’ during a battle with drugs and alcohol in a podcast.

The former star halfback, who played for Canberra, the Roosters, Parramatta and the Melbourne Storm in a 270-game NRL career. told the Turn Up The Talk podcast about how he lost his girlfriend and was stood down from two jobs at his lowest point.

Finch, 40, left Channel Nine after working as a commentator and panellist on the NRL Footy Show in 2016, citing mental health issues.

‘Rock bottom was when I’d been stood down from Channel Nine, just to get healthy,’ he told the podcast’s cost Pat Clifton.

Finch recalled how he snuck into bed and pretended to be asleep after spending all night in his loungeroom ‘using (drugs) and drinking’ so that his then girlfriend Elli would think he had been in bed.

‘[I] pretend to wake up, put my radio shirt on because I was working for 2GB  Continuous Call at the time… I’ve already called Ray [Hadley] to tell him I was sick,’ Finch recalled.

‘Get in the car, go straight to me dealer’s house.

‘My missus is from Melbourne, she’s not going to be listening to the radio, you know.

‘I’m thinking, Finchy, you magnificent bastard, you’ve come up with a great.. you know, I’m just going to go get on it all day.’ 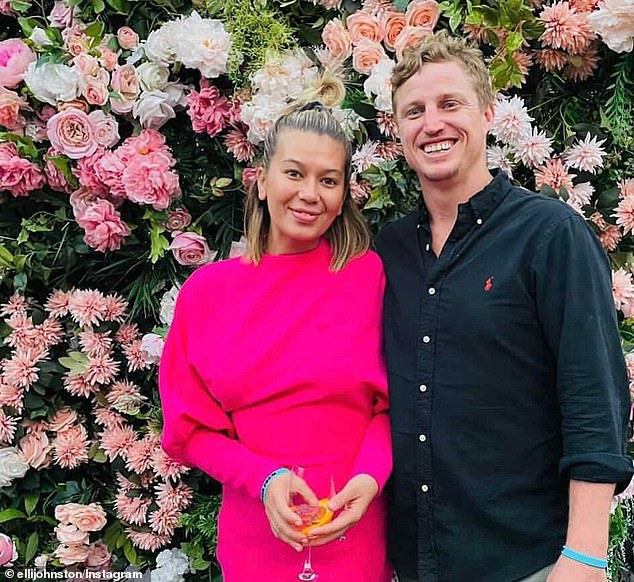 Former NRL star Brett Finch, pictured with his wife Elli Johnston, recalled the moment she walked out on him during his battle against drug and alcohol addiction and his first thought was, ‘Where can I pick up, where can I get another one from?’ 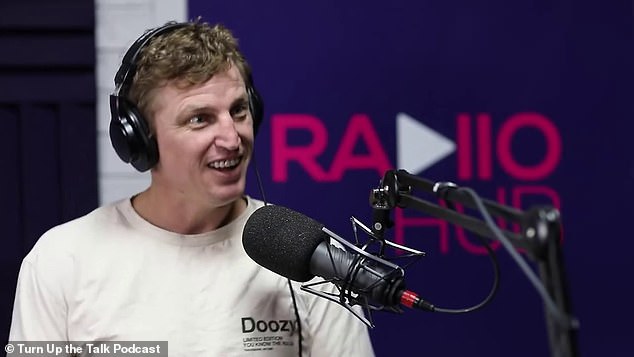 ‘I sat there and – not that I’ve ever contemplated suicide – but I sat there and went, mate, this is not living, this is existing,’ the former NRL star told the Turn Up The Talk podcast

Finch revealed his plan came unstuck when his mother heard on the radio he was sick and his girlfriend subsequently found out.

‘She said “I’m out, I’m going.” Packs her bags and goes back to Melbourne.

‘I get home, now I’m stood down from both jobs, and I go to my account and I’ve got minus $10. Eighteen months earlier, I had hundreds and thousands.

‘It’s taken everything from me but my thought is, I still want another one.

Finch said the moment made him realise something had to change in his life.

‘I don’t have a dollar to my name, I’ve got no job, me missus has left, this is not living.’ 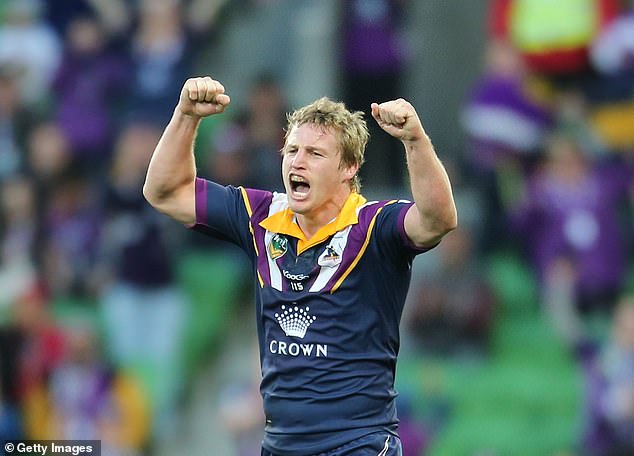 The former star halfback, who played for Canberra, the Roosters, Parramatta and the Melbourne Storm in a 270-game NRL career, had a troubled time after his retirement from the game in 2013 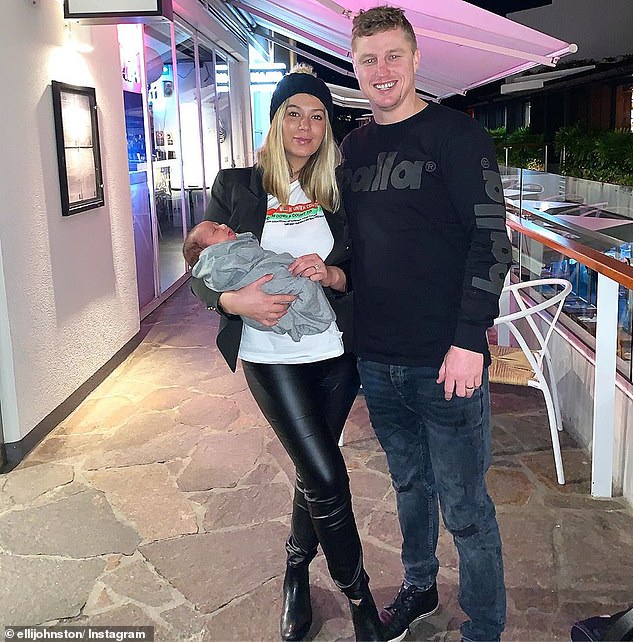 Finch married his girlfriend of five years Elli Johnston in 2018 and the couple welcomed a baby girl in 2019.

He has previously discussed his battles with addiction following the end of his playing career, including stints in rehab in Thailand.

‘It took a few years, it took three trips to rehab facilities,’ Finch told The Matty Johns Podcast in 2019.

‘I learned a lot about myself and the things that I’m dealing with. I had to realise I’m not going to get the highs I had in footy and for so long I was chasing that.’

As recently as October 2019, Finch checked himself into a mental health facility after he was seen asleep with a bloodied and runny nose on a flight from Sydney to the Gold Coast.

A fellow passenger said he had looked ‘white as a ghost’ and didn’t appear to want to get off the plane when it arrived.

Finch’s most famous on-field moment came in the opening game of the 2006 State of Origin series, when he kicked a long field goal to win the match for the NSW Blues in front of 80,000 fans.

In another part of the Turn Up The Talk podcast, which is devoted to mental health issues, Finch advises those people battling similar demons to ‘keep going’.

‘Why stop? People give up because their life is hell. Keep going! Who wants to stay in hell?

‘I could have given up many times, I’m so glad I didn’t.

‘People didn’t give up on me.’