Melbourne Airport has been put on alert after traces of the Omicron super variant were found in the wastewater – as Victoria records four suspected cases of the infectious strain.

Health authorities confirmed three of the four suspected Omicron infections have been out in the community.

Two suspected cases had already been reported on Wednesday but Victoria’s department on health confirmed they were notified of another two on Thursday.

Workers and travellers who visited the city’s airport have now been urged to monitor for symptoms and get tested as soon as they appear, following the two positive detections. 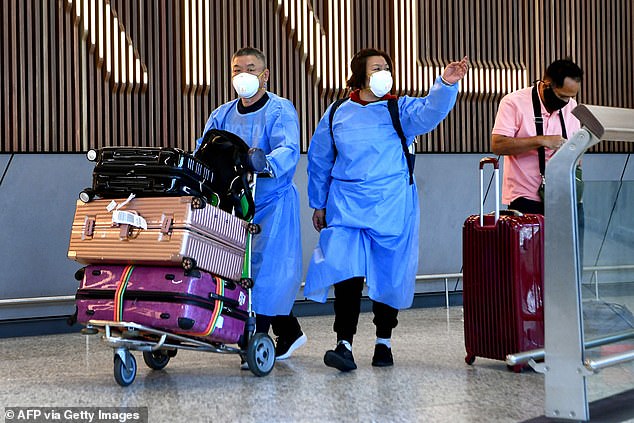 ‘The samples from two airport catchments were collected on 1-2 December and are consistent with a known suspected case of the Omicron variant who visited the airport,’ the health department said.

Authorities say they are speaking with the suspected case and notifying any close or casual contacts.

‘A number of contacts have been identified and instructed to quarantine for seven or 14 days based on their vaccination status,’ they said.

‘Other people of lower risk have been instructed to get a test and isolate until they receive a negative result. Further contact tracing work is ongoing and is likely to produce more contacts.’