A woman has gone viral after she was filmed accusing a black man of stealing her phone in a shop – only to then find the phone in her purse.

The unnamed woman, who has a Sacramento-area phone number, was in a Spencer’s store when she told a shop assistant that her phone had been stolen.

She was accused online of racism by thousands of social medial users, who were enraged by her rush to judgement after the partner of the man she accused shared the encounter on TikTok.

In the clip, now seen 2.2 million times, the accuser rifles through her bag while accusing a passing black man of theft. 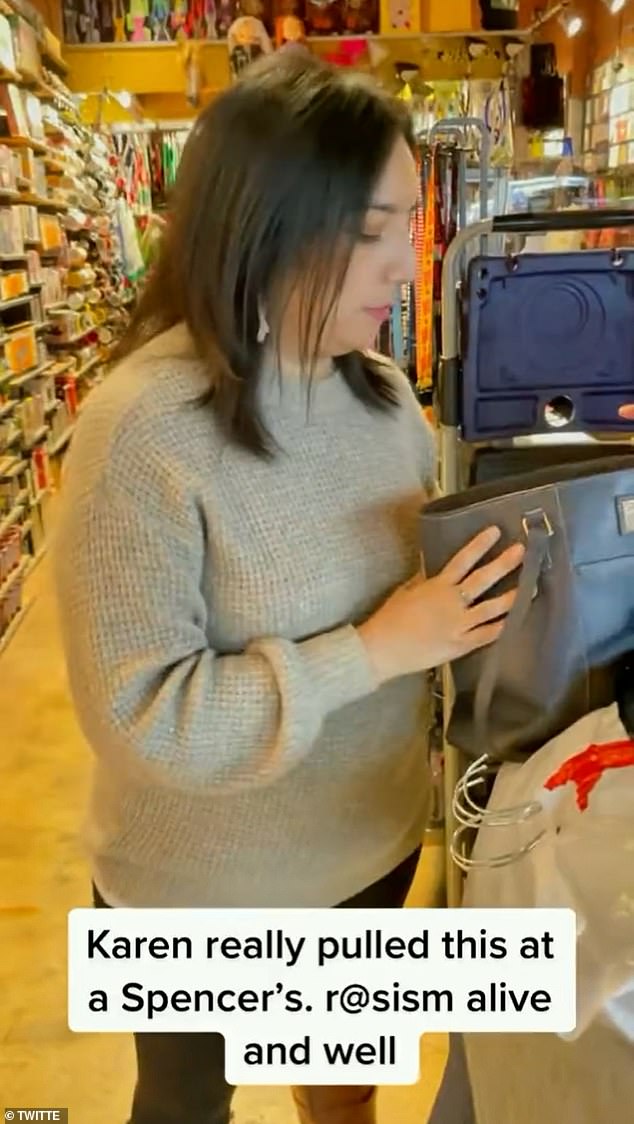 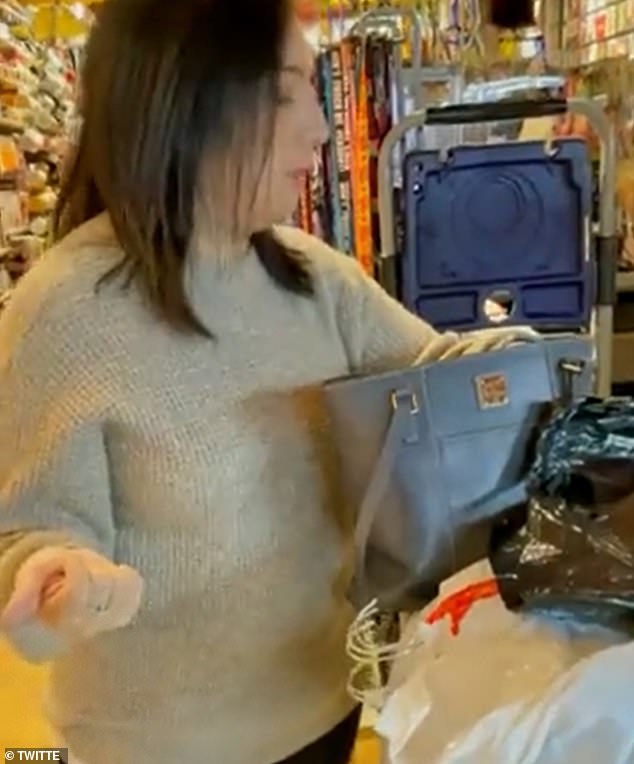 As a shop assistant looks on, the woman points her finger at a passing black man, accusing him of theft 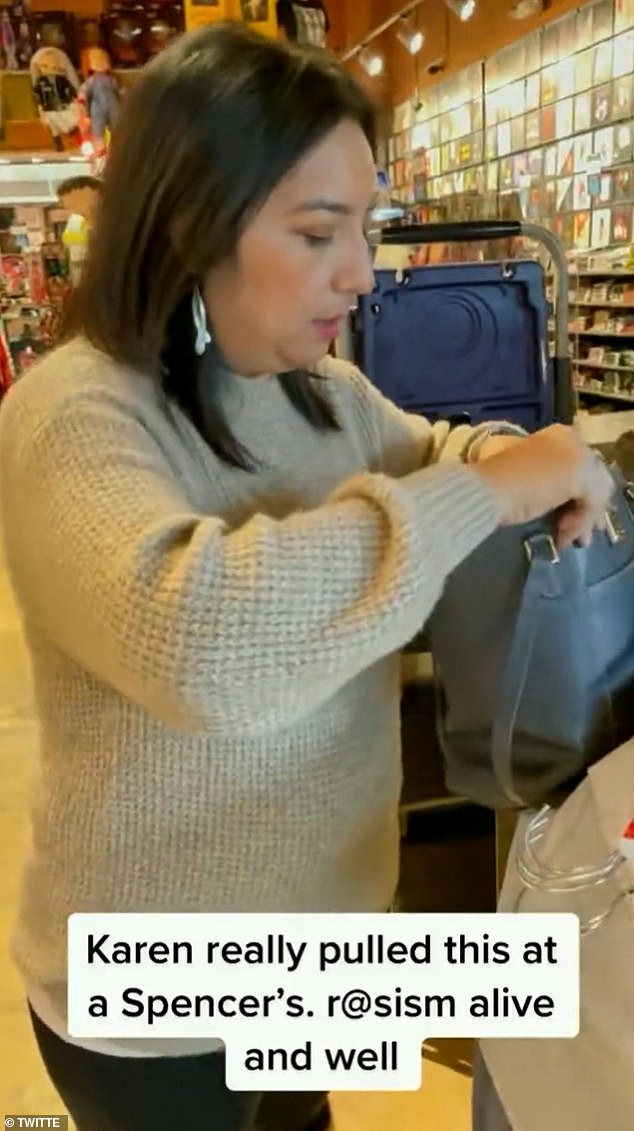 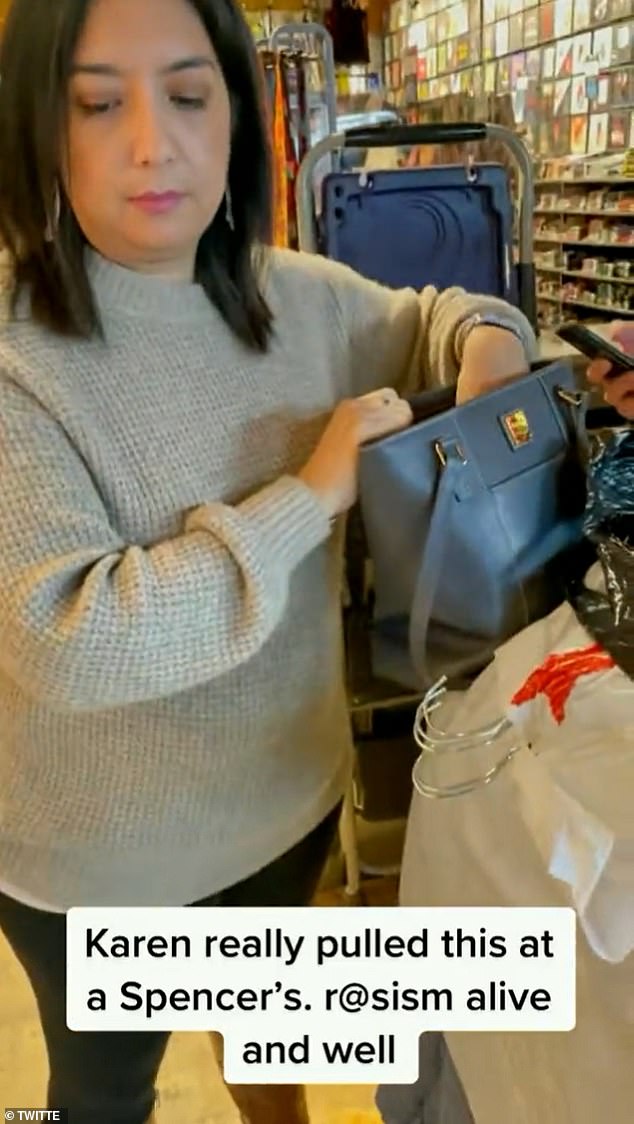 As the phone rings, the woman rummages through her bag 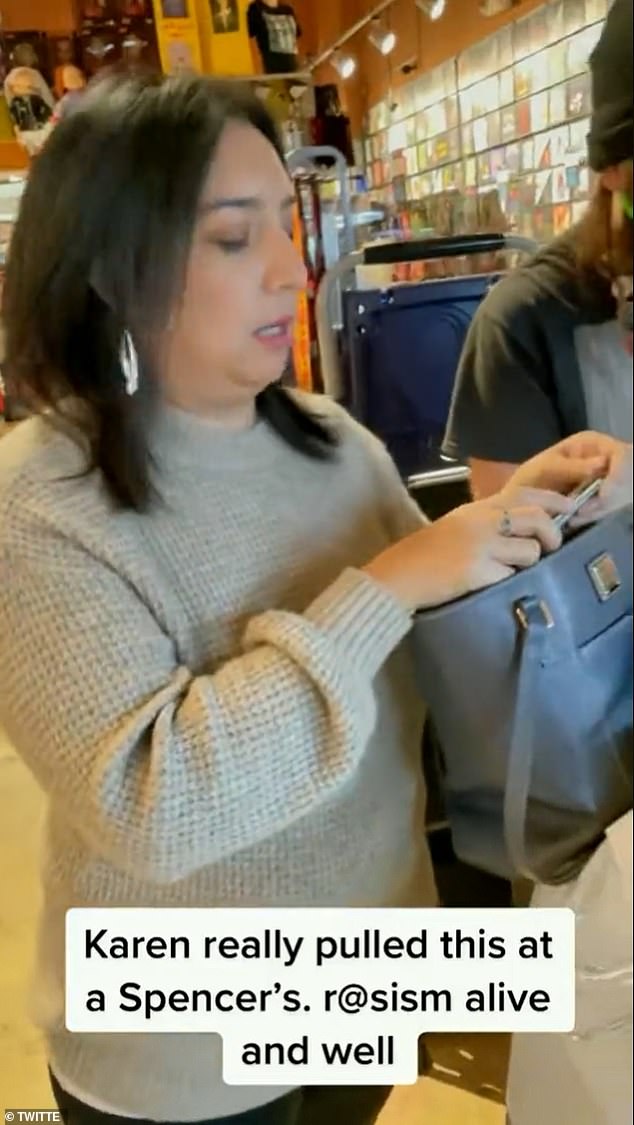 She finds her phone, which had been in her bag all along 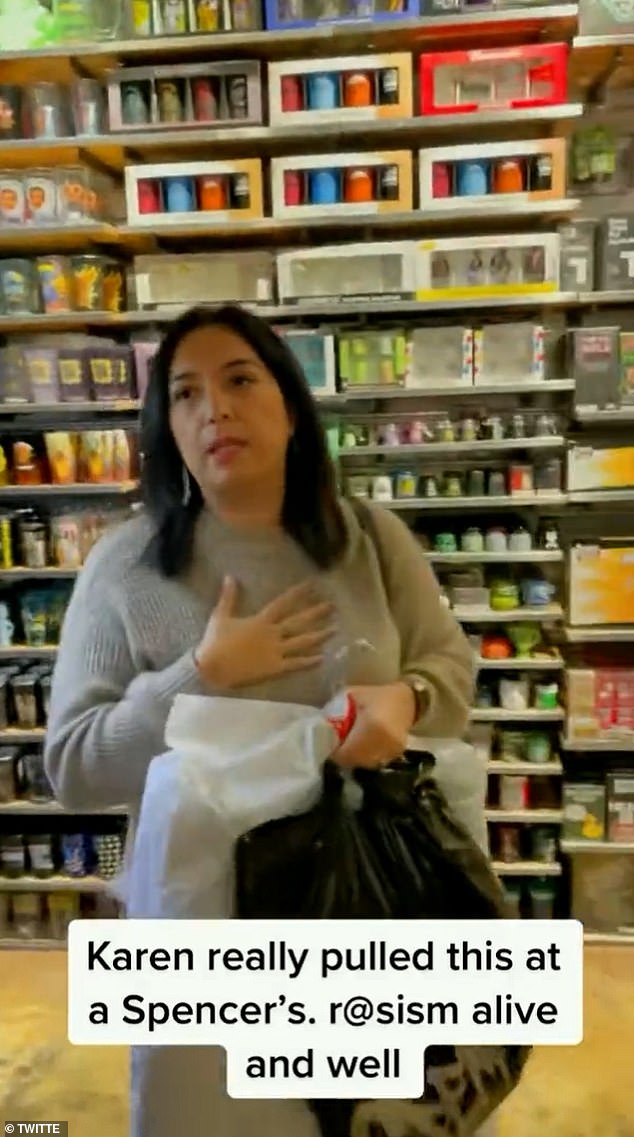 The woman apologizes to the man and his friend as they walk off, then follows them, apologizing again – but they refuse to accept her apology

‘Can you call it, because she won’t let us call it,’ the man’s friend – who is filming – says to the assistant, who attempts to mediate.

‘Well, he could have turned off the ringer,’ the woman replies.

‘I really need my phone,’ the accuser says.

‘Do you want to pat him down?’ the girl asks, sarcastically.

She continues to accuse the black man of having her phone, saying: ‘I had it, and then you walked right behind me and you took it.’

The shop assistant hands over his phone, and she calls hers – which rings inside her bag.

‘I’m so sorry,’ she tells the man she accused. ‘I apologize.’

The story bore strong parallels to that of Miya Ponsetto, 23, who in December 2020 accused a 14-year-old black boy of stealing her phone inside the lobby of the Arlo Hotel in Manhattan. 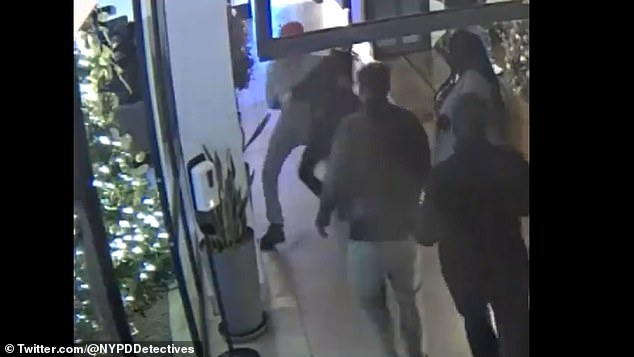 Ponsetto was initially charged with assault following the hotel scuffle, but was in June arraigned on three new counts: unlawful imprisonment as a hate crime, aggravated harassment and endangering the welfare of a child 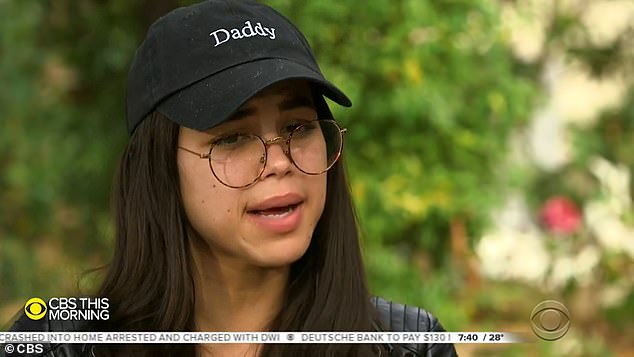 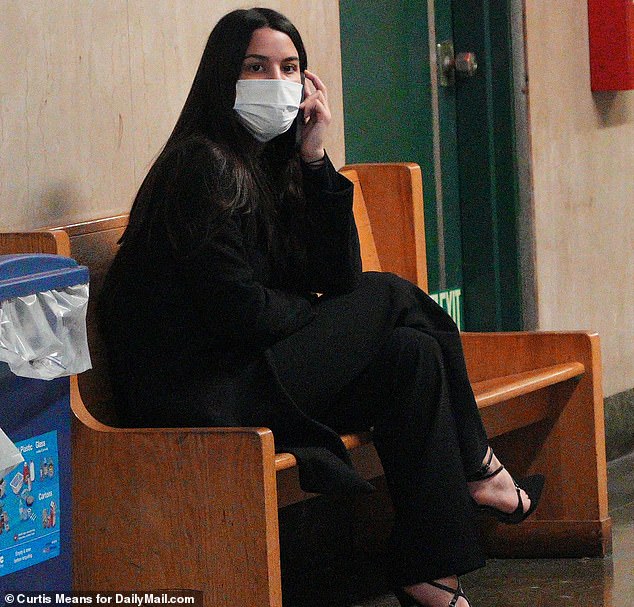 Ponsetto, 23, also known as ‘SoHo Karen,’ in court last month expressed regret for her previous non-apology to the black teen whom she had falsely accused of theft 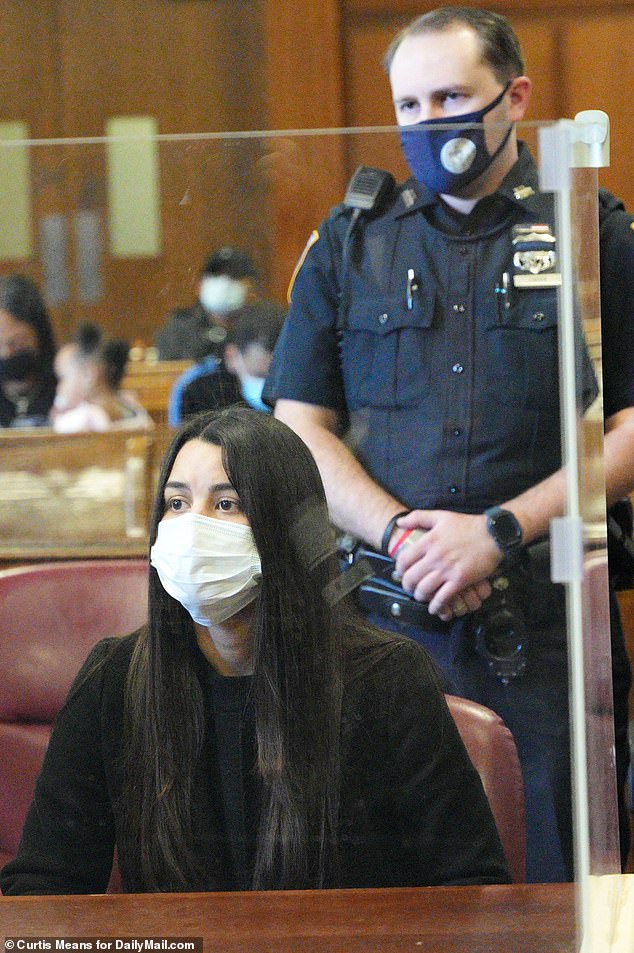 Ponsetto, who was charged after falsely accusing a black teen of stealing her cell phone inside a boutique hotel last December, appeared at Manhattan Supreme Court in November

Dubbed the ‘SoHo Karen’, she later discovered that she forgot her phone in an Uber, and the driver returned it to her.

Ponsetto, who was unapologetic about her accusations, was charged with hate crimes.

Last month she appeared in the Manhattan Supreme Court for a status hearing on the charges – including unlawful imprisonment as a hate crime, aggravated harassment and endangering the welfare of a child.

She could be sentenced to up to 10 years in prison if found guilty.

Ponsetto’s lawyer told the judge that he is trying to ‘resolve’ the hate crime charge in the case within the next few months.