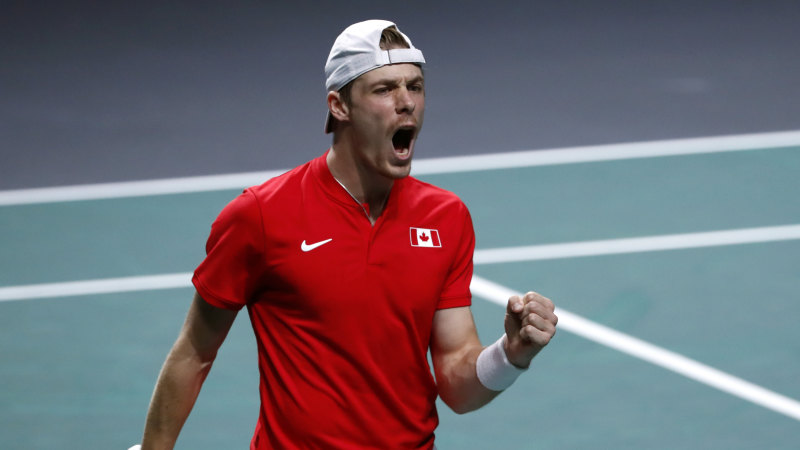 Another break in the third game of the second set effectively spelled the end for the man from Adelaide, even though he offered some resistance in a 14-minute, eight-deuce game when Shapovalov got untidy.

But another double fault from Kokkinakis coughed up another break for the 23-year-old Canadian, who then had his only major blip with an error-ridden game as he served for the match.

Kokkinakis’s reprieve was short-lived, though, as, second time around, Shapovalov served out for victory in 89 minutes.